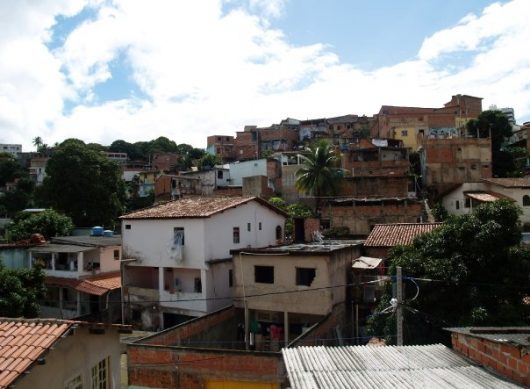 Over the next five years (the project closes on the 15th of December, 2023), this project aims to improve access to water, reduce agro-climatic vulnerability, and increase access to markets for the inhabitants of rural Paraiba. Paraiba is a state of Brazil, located on the coast in the Brazilian northeast. It is most populated along the coast and becomes more rural as one goes inland.

The most important aspects of this project will be its construction and rehabilitation of piped and non-piped water systems, and its construction of desalinization facilities and rainwater harvesting systems for individual households. These projects will directly impact and improve access to clean water for rural inhabitants of Paraiba. Unfortunately, it’s estimated that the project will cost $80 million.

2. Another development project in Brazil is the Fortaleza Sustainable Urban Development Project.

Approved on April 28, 2017, the Fortaleza Sustainable Urban Development Project aims to strengthen land use planning in the Municipality of Fortaleza and to “enhance the urban environment and rehabilitate public spaces.”

Included in the project’s goals of rehabilitating public spaces are restoring Rachel de Queiroz Park, and reducing point-source pollution along the Vertente Maritima — the seaside of Fortaleza, the capital of Caera in northeastern Brazil. By improving the environment by reducing pollution and rehabilitating green spaces, the city will be a healthier space for its inhabitants, eventually leading to a higher quality of life.

3. A third of the development projects in Brazil is the Bolsa Familia social assistance program.

Bolsa-Familia is an older project — it began in 2003 — that serves as an example of a project that successfully fights against poverty. The program functions by giving poor families small cash transfers in exchange for keeping their children in school and attending preventive healthcare visits. About 50 million people benefit from Bolsa-Familia (1 in 4 Brazilians) and the project was responsible for reducing poverty in Brazil by 28 percent from 2002 to 2012.

Additionally, the poor in Brazil have gained greater autonomy through Bolsa-Familia, particularly women who make up about 90 percent of the beneficiaries. By helping families out of poverty, Bolsa-Familia gives the families’ children a greater chance of bettering themselves and their job prospects, and not requiring a program like Bolsa-Familia when they have their own families.

4. Government-invested research through institutions such as the Embrapa Institute has helped support agricultural development in Brazil.

5. Another of the development projects in Brazil focuses on societal growth and inclusion– the Piaui Pillars of Growth and Social Inclusion Project for Brazil.

Two of the main focuses of the Piaui Pillars of Growth and Social Inclusion Project for Brazil are to reduce the dropout rate of students in public secondary school and to increase healthcare access for people with chronic diseases; the Piaui Project began in 2015 and will close in 2020.

By focusing on these areas, the project hones in on human development in Brazil, which aids in increasing the quality of life and chances of success for Brazilians. Ensuring healthcare and education for all provides greater equality of chance and helps those struggling to not have to spend as much time and money taking care of issues outside of their control — issues like chronic diseases.

Projects like these five not only improve development in Brazil by the ways outlined in their plans, but also through the research, planning, and implementation that goes into enacting them. All of these stages require people, such as researches and project managers; thus, more jobs are created, also helping to improve development.

A country cannot go wrong by implementing projects for the development of its people, particularly those of the lowest economic brackets. By this measure, Brazil is certainly doing right.