Tag Archive for: Soccer Without Borders Brings Sports to Impoverished 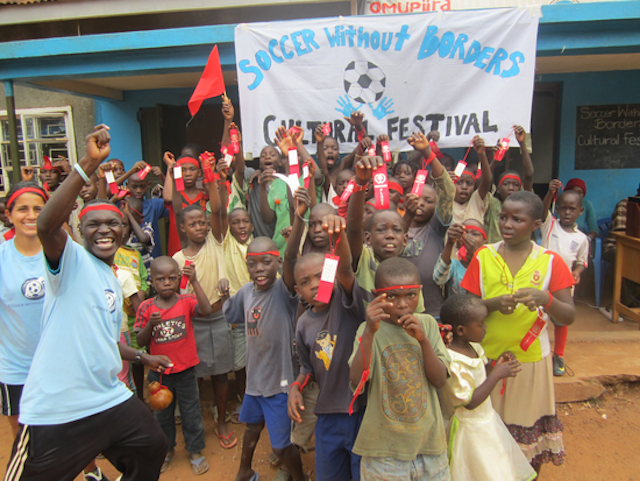 The nonprofit organization believes that creating meaningful change is more important than the actual sport. They build their programs around the interpersonal element of the sport to meaningfully impact their youth’s physical, social and individual progression by using soccer as an agent of positive change in the development of skills necessary to overcome obstacles.

As one of the poorest countries in Latin America, more than two million Nicaraguans live in poverty with 20 percent of the population living in extreme poverty. Children are the first to suffer from poverty. Faced with health problems, violence and abuse, children lack the same opportunity. In particular, young girls are often victims of sexual exploitation, child marriage and human trafficking, increasing gender inequalities. Many children, especially girls, do not receive an education because of these disparities.

Founded in 2008, Soccer Without Borders hosts a program in Granada, Nicaragua. The organization works with girls ages 7 to 20 through the league with year-round programs, camps and clinics. In Nicaragua, the participants of Soccer Without Borders are 100 percent girls. The organization also provided education scholarships to 99 girls between 2013 and 2016.

Soccer Without Borders also founded a program based in Kampala, Uganda in 2008. There, the organization serves male and female youth refugees from Uganda, Rwanda, DR Congo, South Sudan, Somalia and Burundi. Ages range from ages 5-23, and they participate in tournaments, festivals and a variety of community events. Forty-one percent of the participants are female, and most of the coaches are refugees themselves.

A 2016 poverty reduction assessment shows Uganda has reduced poverty from a monetary perspective, but the nation still lags behind in non-monetary areas such as sanitation, health and education. Children often end up living in the streets, victims of child labor, child trafficking and child abuse. Both young girls and boys are forced into harsh situations. Boys become members of the armed forces while girls are forced to prostitute themselves. Young girls are often victims of violence and child marriage.

How Sports Can Help

Soccer and other sports can act as an agent of change. While they cannot eradicate poverty, sports help blur the divisive lives of inequality that poverty creates. Sports focus on building children’s developmental needs to then address the larger needs of the surrounding communities. Education through sports like soccer can provide children with skills such as decision making and taking responsibility that apply both on and off the field. The goal of sports is to help children develop the necessary skills to break the cycle of poverty.

For its efforts, Soccer Without Borders was named the winner of the 2016 Barry & Marie Lipman Family Prize by the Wharton School and the University of Pennsylvania. The organization was also awarded the 2017 Urban Soccer Symposium Impact Award by U.S. Soccer as well as the 2018 Sports Award Winner by the Robert Wood Johnson Foundation. Most notably, Soccer Without Borders earned the FIFA Diversity Award in 2017.