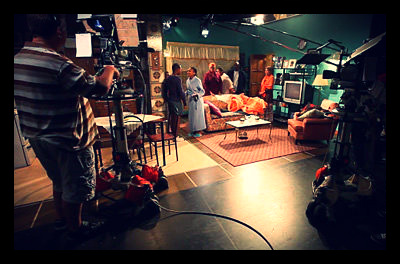 Since those in extreme poverty have no line of credit (in some cases they have no state records whatsoever), they are sometimes forced to turn to loan sharks for quick cash. These loan sharks operate outside of the law and when it comes to payment, they have no mercy, often leaving the borrower in worse conditions than before the transaction.

In South Africa, this debt cycle has affected the poorest population. In the Johannesburg slum, Alexandra, loan sharks are easier to find than a job or sanitary facilities. Taking advantage of a desperate and uneducated population, loan sharks are able to make huge profits. As one Alexandra resident explains, the loan sharks hold identification cards as collateral and when their “customers” are unable to repay their loans, the ID cards are sold to refugees and emigrants from other parts of Africa.

With 18% of South Africans in debt (on record, not including those indebted to loan sharks), the World Bank is supporting a new strategy to reach and educate the public. Referred to as education entertainment, social issues are embedded into the existing storyline of a television show until the characters, and the viewers, are eventually guided to a solution. Rather than blatantly tell people what they should do- which is likely to meet resistance- advice is subtle and portrayed in the context of everyday life. Viewers are already familiar with the characters, and with the added appeal of emotion, soap operas serve as an ideal platform for credible information.

Scandal, one such show, reaches 3 million viewers in Johannesburg nightly, and its target audience is the low income population. This show has already tackled the issue of debt, with one character finding herself in a predicament then gathering information and arriving at a solution. Not only did the string of episodes warn of the negative consequences of debt, but the telephone number for a debt consolidation hotline was also displayed on screen. Following the debt-focused episodes, and for some time after, calls into the debt hotline increased 300%.

Although criticized for being overdramatic and unrealistic, soap operas have now become a resource for those struggling with poverty and other social issues. Soap Operas are a popular genre and the more viewers tune in, the more they empathize and relate to the characters on the show. By embedding useful information into soap operas, it is possible to educate an entire population without disturbing their nightly routine. Social issues associated with poverty can be combated with love triangles and scandals, thanks to education entertainment.