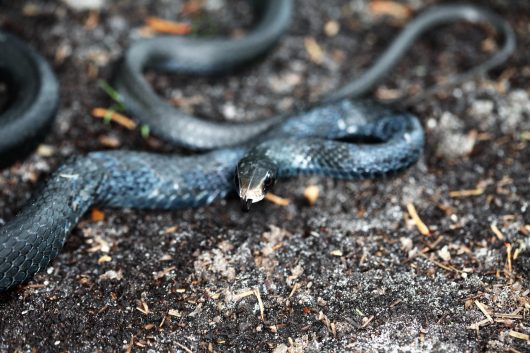 Snakebite envenoming is defined as the possible life-threatening effects resulting from the injection of toxic venom after a snakebite from a venomous snake or from a snake “spiting,” venom into the eyes. Currently, there are about 3,000 species of snakes worldwide. However, the World Health Organization (WHO) has placed a priority on 250 of them for the high medical risks they pose to humans. Further, the WHO is concerned because these highly venomous snakes are dispersed around the world and can be found in approximately 160 countries. Every year, nearly five million people suffer snakebites, resulting in about 2.7 million cases of envenoming, which can cause serious medical consequences, including amputations and other permanent disabilities.

Tropical and sub-tropical regions are of particular concern when it comes to snakebites. Generally speaking, following the latitudinal lines around the globe, the highest concentrations of highly venomous snakes are situated in Africa, the Middle East, Asia and Latin America. To compound the problem, most countries suffering from the presence of these deadly creatures happen to be facing a second challenge: poverty.

“This study, the first of its kind, unequivocally demonstrates that snakebite envenoming is a disease of the poor. The negative association between snakebite deaths and government expenditure on health confirms that the burden of mortality is highest in those countries least able to deal with the considerable financial cost of snakebite,” writes Robert Harrison, a researcher and published scientist. In essence, the risk of being bitten by a snake is geographically located in the same places where medical treatment is either unavailable or inadequate. Worse yet, Harrison wrote that every year, more people die in the tropics as a result of snakebites than they do from some of the most recognized tropical diseases. However, the WHO has recently changed this.

On June 9, 2017, the WHO classified snake envenoming as a Category A Neglected Tropical Disease (NTD). By this adjustment of status, snakebite envenoming is now eligible for new funding and for a much broader research platform, including collecting epidemiological findings to create a more universal “catalog” of anti-venoms that are more accessible and which affected populations are more educated on.

Moreover, the WHO is capitalizing on what information has been gathered by creating a categorical reference online. By equipping people with geographic-specific risks, hopefully less people will need access to the anti-venom collaborative. Overall, the WHO has made the snakebite issue a priority, and is subsequently treating it like it would treat any other NTD.

By providing free resources for reference and making a status change for a disease, the necessary funds and research are available for researchers to collaborate and problem-solve. With so many snakes and species-specific venoms, the global community needs to rally behind the WHO in order to fight back safely against the risks snakes pose to those who – quite literally – cannot afford the bite and the envenoming that results.