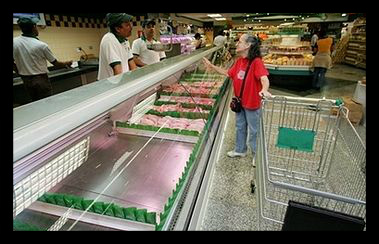 Due to currency controls and a lack of U.S. dollars, Venezuela has found it to be increasingly difficult to import foreign food products from other countries. One of the most popular countries for food smuggling is Colombia, which borders Venezuela. Venezuelan president Nicolas Maduro and Colombian president Juan Manuel Santos have both acknowledged the problem.

Earlier this month, Maduro stated that smuggling seizure efforts in Colombia have recovered close to $400 million U.S. dollars worth of goods. Due to these smuggling incidents, the Venezuelan government intends to introduce a biometric tracking system that will limit citizens’ food purchases via a fingerprint scanning.

A military spokesperson for the government told El Universal newspaper that the quantity of goods smuggled to Colombia “would be enough to load the shelves of our supermarkets.”

This July, the government seized more than 11 tons worth of fish, chicken and beef.

Last month, Venezuela began to close its border to Colombia at night and deploy thousands of troops in an effort to stop the smuggling in Venezuela from taking place. However, opposition to the plan suggests that the policy will treat Venezuelan citizens as criminals and even breach individual privacy. Many have suggested that the policy leans toward food rationing.

Some watchdog groups have even predicted that those without the biometric cards may not be able to shop at state supermarkets. The Venezuelan government believes up to 40 percent of items purchased within the country are smuggled out of the country. This includes medicines and basic foodstuff.

Even though the government has stated that those who make use of the biometric cards may receive various discounts and other benefits, those against the plan suggest otherwise. Nevertheless, the country has seen inflation rates top 60 percent this year due to food smuggling, which indicates that something must be done. 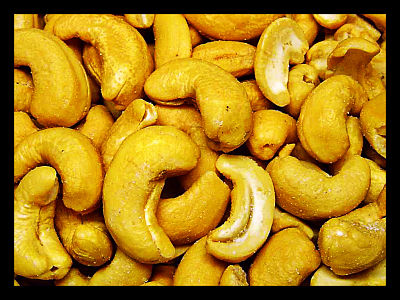 For arable countries in sub-Saharan Africa, the money made on agricultural exports is often invaluable. It can strengthen a government’s budget, benefit farmers who harvest the crops, and improve the overall the standard of living. When this source of money is removed, however, development can slow down for lack of funds.

In Cote d’Ivoire, the increasing importance of cashew exports is undermined by rampant smuggling. A United Nations panel estimated that in 2011, 150,000 tons of cashews were smuggled from Côte d’Ivoire, a trend that is unlikely to change unless foreign purchasers of the nuts crack down on smuggling practices.

Why do Ivorian cashew farmers smuggle cashews? Farmers are often unable to find desirable export prices on raw, unprocessed cashews, and instead sell to neighboring Ghana. Cashews are usually smuggled alongside cocoa, cotton, and coffee on an elaborate smuggling route through the northern and southern borders.

The export loss is staggering. The U.N. estimated that in 2011 alone Côte d’Ivoire lost US $130 million from its national economy and $3 million in fiscal revenue. The U.N. Panel asserted that the money gained from smuggling practices may be used by groups to purchase weaponry illegally, and stated that it was aware that the smuggling of cocoa to Ghana was in a number of cases escorted directly by Ivorian military forces.

Economists pinpoint the reason for low export prices as the low processing capacity for the six main nut processing factories. Less than one percent of the country’s cashews are processed, meaning shelled and sometimes roasted, in-country. Raw cashews net a lower market price. When farmers are unable to legally export their crop for the price they want, they turn to buyers in Ghana. Ultimately, this practice widens the funding gap for Ivorian infrastructure and development projects, growing obstacles to a more stable economy. Ultimately, for this country plagued with political instability and an unstable economy, the revenue created by legal cashew exports could help the country address its biggest challenges.