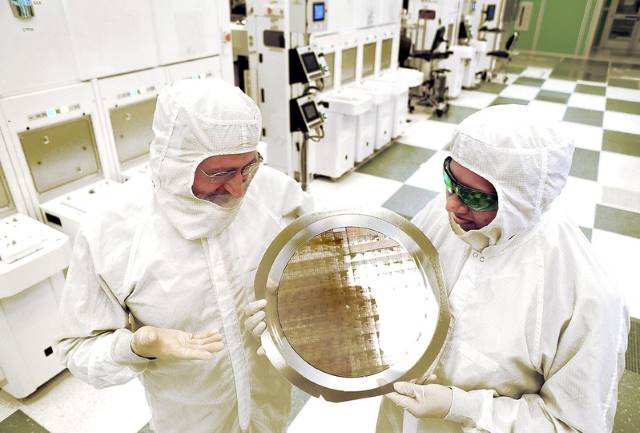 The COVID-19 pandemic created a global chip shortage that has ultimately exacerbated poverty. Most notably, the tech divide has widened as economic sanctions worldwide slowed production or halted it entirely, leaving many out of work. Fortunately, countries and manufacturers are stepping up to address the pandemic-induced global chip shortage.

The Cause of the Global Chip Shortage

Chips are known as the “brains” of electronic devices and are essential to several industries, including the cellphone industry and the motor vehicle industry. The shortage initially began because of a delay in production caused by factories shutting down due to the emergence of the COVID-19 virus in 2020. Simultaneously, remote work increased the demand for telecommunication, ultimately creating a strain on the supply and demand ratio.

The U.S.-China tech war also played a major factor in the global chip shortage. The U.S. Department of Commerce blacklisted SMIC, which is one of the largest semiconductor manufacturers in Asia. The inability to source U.S.-based parts to manufacture small chips had significant ramifications for the supply chain. Several companies, including Huawei Technologies Co., had anticipated such actions and began stockpiling chips as early as 2019.

Effects on the Global Economy

The chip shortage has harshly impacted several East Asian countries, largely because 75% of global semiconductor chips are produced in East Asia. Because of COVID-19, 2020 saw a $2.1 trillion revenue loss across Asia, putting an estimated 23 million individuals out of work.

The U.N. realized the economic strife that the COVID-19 pandemic brought upon the world. The U.N. predicted that 71 million individuals globally would be “pushed back into extreme poverty in 2020.” The pandemic even put previously financially secure individuals at risk of poverty.

Several motor vehicle manufacturers, including Ford, Nissan, Toyota and Honda, halted production at the beginning of the COVID-19 pandemic. When the companies eventually increased their semiconductor chip orders, suppliers such as Taiwan Semiconductor Manufacturing Company (TSMC) could not keep up. Due to the impact of chip shortages, Ford failed to produce upwards of 1.1 million cars, giving way to a potential $2.5 billion loss.

The COVID-19 pandemic created the global chip shortage, which in turn, caused high inflation. A significant factor in widening the tech divide is the high cost. GPUs, PS5s and Xboxes have skyrocketed in value, with some products tripling in price in a little over a year. For example, the Nvidia RTX 3060 Ti graphics card had seen an increased retail price of $399 to a street price of $1,226 by March 2021. These higher prices create barriers to internet access and other technological abilities for those in lower-income countries, thereby exacerbating the digital divide.

In order to address the global chip shortage, in February 2021, President Biden signed an executive order to expand semiconductor chip production within the United States. The U.S. accounts for 47% of the world’s semiconductor chip sales yet just 12% of all chip manufacturing. In order to solve the shortage, Biden sought “$37 billion in funding for legislation to supercharge chip manufacturing in the United States.”

In April 2021, TSMC announced a plan to invest $100 billion in chips over the next three years to address the global chip shortfall. In 2020, TSMC spent around $17 billion in producing semiconductor chips and originally only planned to spend between $25-28 billion for 2021. The budget changed to account for the shortfall and the increased demand in telecommunications.