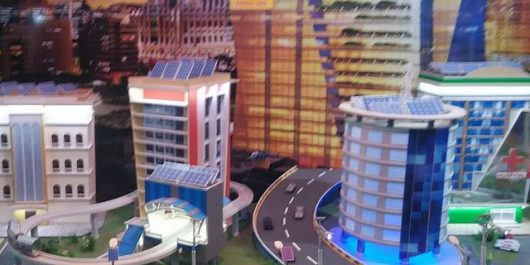 The presence of cell phones with “smart” technology is something citizens of the United States and other developed countries often take for granted. This is easy to do in some places because it has become so incorporated into the economy. A new push for smart cities in Nigeria aims to do the same for the developing world.

Recently, the Federal Government of Nigeria decided to embrace the idea of smart technology and incorporate it into Nigeria’s cities, hence the smart cities initiative. This initiative aims to implement technology with internet capability throughout as much of Nigerian city life as possible, in order to connect everyone’s devices to the extent similar to a country like the United States.

This will be accomplished through a partnership with Huawei, a global technology company with over 180,000 employees.  The company’s goal is stated to be to build a “better-connected world.”

In 2016, there were 75 million smart phone users in Africa, but this number is expected to reach 512 million by 2018.  Therefore, the Ministry of Communications in Nigeria has decided to launch the Smart City initiative in order to involve state and local governments in the push for smart cities.

Mr. Tank Li, the managing director of Huawei Technologies Nigeria Limited, states that the “Nigerian government has realized the potential of its digital economy.  Unlocking the dividends of digital economy becomes imperative in the face of dwindling oil revenue…infrastructural deficit, high unemployment rate, harsh business environment and corruption amongst others.”

The idea of a digital economy is growing in importance in today’s world, and it is something Nigeria seeks to embrace with its smart cities initiative. Smart cities in Nigeria will hopefully turn Nigeria’s economy in a sustainable positive direction, creating opportunity and efficiency in the next ten years, potentially adding up to $88 billion to the GDP in Nigeria and more than three million jobs.

“We project in the near future a digital economy that will bring about enormous changes in society,” said Li.  “This fourth industrial revolution is going to impact people’s lives in unimaginable ways and this will happen through the convergence of the cyber and physical worlds.  The implementation of smart cities in Nigeria is a way for Nigeria to keep up with the ever-changing digital world.”