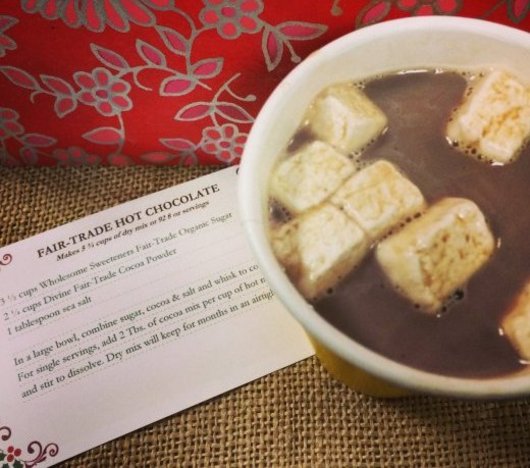 Fair Trade is a system in which a deal is worked out between artisans or farmers in developing countries and businessmen or a middleman to sell products in more affluent countries for a price in which those producing the items get fair wages for their work.

The goal of these fair trade companies is to replace continual aid (in which the receiving end oftentimes feels helpless,) with a system where the “receiver” is able to create a sustainable lifestyle by utilizing their talents in a business. Over time, Fair Trade companies can build long-lasting relationships with their suppliers.

Paul Rice, CEO of Fair Trade U.S.A., says “The corporate community is increasingly realizing that this model and models like it are a way to align sustainability with profitability, they want a resilient and sustainable supply chain.”

A problem these companies are currently having is that they are not well known among their potential market. Consumer awareness for these products is currently at 55 percent, improving from the 34 percent that it was a few years ago. Consumers are increasingly questioning where their food and products are coming from and becoming thoughtful in their purchases.

Another problem dealing with this issue is the companies themselves. While there are standards for producers, labor, production and the economics behind the transaction, the producers still don’t always seem to receive a sustainable amount.

Ndongo Samba Sylla, a Senegalese development economist, studied common fair trade companies to find that most of the producers are coming from less poor areas rather than the very poor one, crop farmers, and calculated that for each dollar paid by a consumer, only about 3 cents more are given back to producers in fair trade programs than other producers.

Although the percentage comparison is not always favoring the producers in the way we would hope, many companies of this kind do charge more for their products, therefore more money would go to the producer in the end.

Aside from the prices, the standards for this model go beyond economics. The World Fair Trade Organization and the Fair Trade Federation Principles designed regulations for any company that calls themselves fair trade, many of which are not strictly economic.

The standards involve transparency and accountability between the client and the buyer, where the client cannot be taken advantage of. This kind of company must assist the producer, whether it be financial, educational, or market information, in order for the producer to sustain their business. Prompt payment is required, so the producers are able to have consistency, and equal payment between genders for equal work is also a necessity.

Although harder to define, fair trade companies must also be environmentally conscious and respectful of the producer’s culture. The companies are encouraged to use recycled materials (also more economically sustainable,) and companies must respect the manner in which the products are being made by not discouraging indigenous traditions and techniques if the producers do not wish to change them.

Overall, these companies work toward letting producers become sustainable partially through higher wages, but also empowering them through equality and respect they may not be receiving otherwise. Beyond economics, the business practices being upheld by these companies will still benefit the producers and help them succeed.