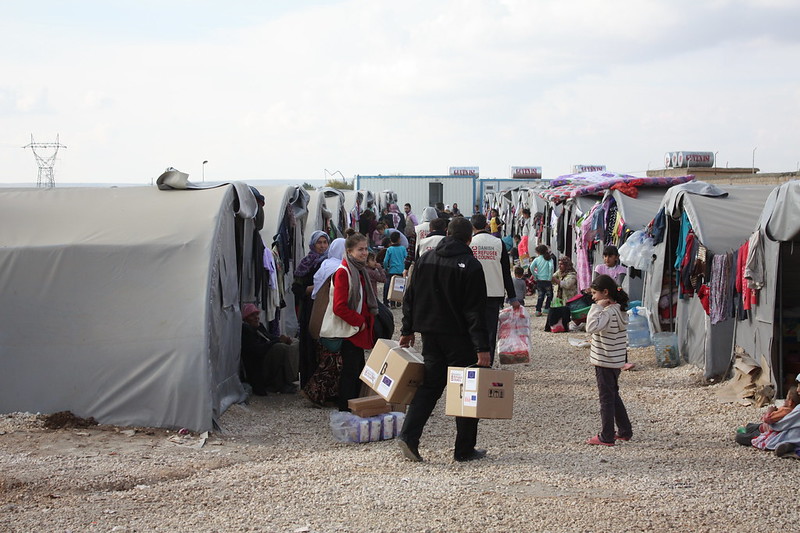 Migration to Turkey has hit an all-time high as Turkey is home to “one of the largest migrant populations in the world,” hosting about 4 million refugees and asylum seekers as of 2022, according to the United Nations High Commissioner for Refugees (UNHCR). According to the International Organization for Migration, historically, Turkey has stood as “a country of origin, transit and destination for migrants” due to its “geopolitical location on the route from the Middle East to Europe” and the conflicts occurring in neighboring countries. Turkey’s migration history dates back to the 1400s, under the rule of the Ottoman Empire.

Conflict and Violence as a Contributing Factor

Past historic conflicts such as World War II and the Kosovo War significantly contributed to the migration to Turkey while the Syrian civil war and the 2021 Taliban offensive remain the cause of more recent waves of migration.

One of the significant conflict-induced migrations to mention is the Bulgarian Turkish emigration that took place in 1989. Turks who ended up in Bulgarian territory while it was under Ottoman rule had to leave Bulgaria due to political pressure and violence in 1989. Nearly 400,000 ethnic Turks then emigrated back to Turkey. The Bulgarian emigration prompted further waves of migration from the Balkans.

In the 1990s, amid the Bosnian War, about 20,000 Bosnian refugees fled to Turkey in search of safety. In time to come, a similar number of refugees from Kosovo and Macedonia sought refuge within Turkish borders, also due to conflict and violence in their home countries.

The number of refugees coming from the Balkans remains relatively small compared to the scale of recent migration waves that hit Turkey. According to World Vision, as of 2021, data indicates that there are more than 6.8 million displaced Syrian refugees. Nearly 4 million of these Syrian refugees currently reside in Turkey.

The first wave of Syrian refugees came about in 2011 when the Syrian civil war just broke out. The world then had to accommodate a large number of war-fleeing refugees from Syria who are currently still unable to return to their country as the conflict rages on.

Turkey as a Country of Refuge

Hosting the largest population of Syrian refugees comes with great responsibility for the Turkish government in terms of meeting the economic and social needs of the migrants.

Turkey spent nearly $350 million of its budget on addressing the refugee crisis in 2022, according to the UNHCR. A large amount of that budget went to “realizing rights in safe environments” and “empowering communities and achieving gender equality.”

In 2021, the EU approved a budget of €149.6 million to fund the vulnerable Syrian refugees residing in Turkey. With the combined EU funding and the Turkish government’s budget for refugees, Syrian refugees are able to receive the support necessary to integrate into Turkish society and into the formal economy.

Alongside government support, there are many nonprofit organizations helping refugees. Established in 2015, Small Projects Istanbul (SPI) is an Istanbul-based nonprofit helping displaced families from the MENA region reestablish their lives through various programs. With a specific focus on youth and women, according to its website, SPI runs a number of initiatives to “promote access to education, protection, social services, psycho-social support and livelihoods.”

At present, Turkey is a major hub for war-fleeing migrants and a representative of exemplary migrant policies.