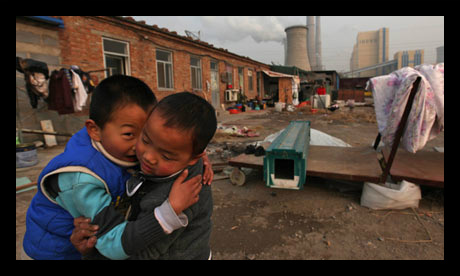 The United Nations Food and Agriculture Organization estimates nearly 870 million people are suffering from chronic malnourishment despite the world producing more than enough food to feed everyone. Nearly all of these people, 852 million, live in developing countries. What can be done to solve world hunger?

1. Prevent Land Grabbing: The ugly truth of the future food supply scarcity issue is that wealthy, land-poor countries, including those in the Gulf and South Korea, are obtaining tracts of land in developing countries to use as allotments. Many African countries, including Ethiopia, Sudan, and Madagascar, have already been targeted. A reported estimate totaling an area the size of Spain has been taken from these countries leaving many families unable to feed their children. The push to end land grabbing is the main campaigning focus of the Enough Food For Everyone IF campaign.

2. Reform and Regulate: Large amounts of investment funds have flooded into the commodities markets since the 2008 financial crisis. The automated trading systems, which exploit the tiniest of flaws in the market, encourage volatility. This makes it extremely difficult for traditional traders to keep prices stable and capable of hedging against spikes in the market. Though this was a topic much discussed in the G20 and G8, an international agreement to reform and regulate the commodities markets has not yet been reached.

3. Produce Less Biofuel: With the pressure to reduce carbon emission from fossil fuels, wealthy countries have been turning sugar, corn, and other crops into ethanol and biodiesel. Burning large amounts of food in our cars reduces the amount available to eat and results in much higher food prices. If that does not sound catastrophic enough, evidence shows that many biofuels actually release more greenhouse gasses than fossil fuels. More greenhouse gasses means hotter, drier seasons, dying crops, and even more hungry people.

4. Support Small Farms: Many African farmers are less productive today than US farmers were 100 years ago. There is an agreement between NGOs and governments that supporting small farmers is the smartest solution for future food security. With a combination of aid, education in better farming methods, and the introduction of better seeds and fertilizer, a green revolution could soon be within Africa’s reach.

5. Target Infant Nutrition: Many companies and wealthy nations are backing an African government-led plan to eliminate malnutrition, and large improvements have already been made. The solution is education on good feeding techniques and getting the proper nutrients to the mother and child at the beginning of pregnancy. This aid is key because malnutrition is responsible for an 11% decrease in GDP in affected areas.

6. Reduce Poverty: No surprise here; economic growth is the key to reducing hunger. More trade, financial liberalization, and open markets will aid in the flow of food. Successful poverty-reducing methods in China have led many economists to believe that hunger in the country will be eradicated by 2020. As for the rest of the world, the UN’s Millennium Development Goals aim to end extreme poverty and hunger by 2015. If each UN-member state does its part, these goals can be achieved.