Tag Archive for: Slums in Ghana 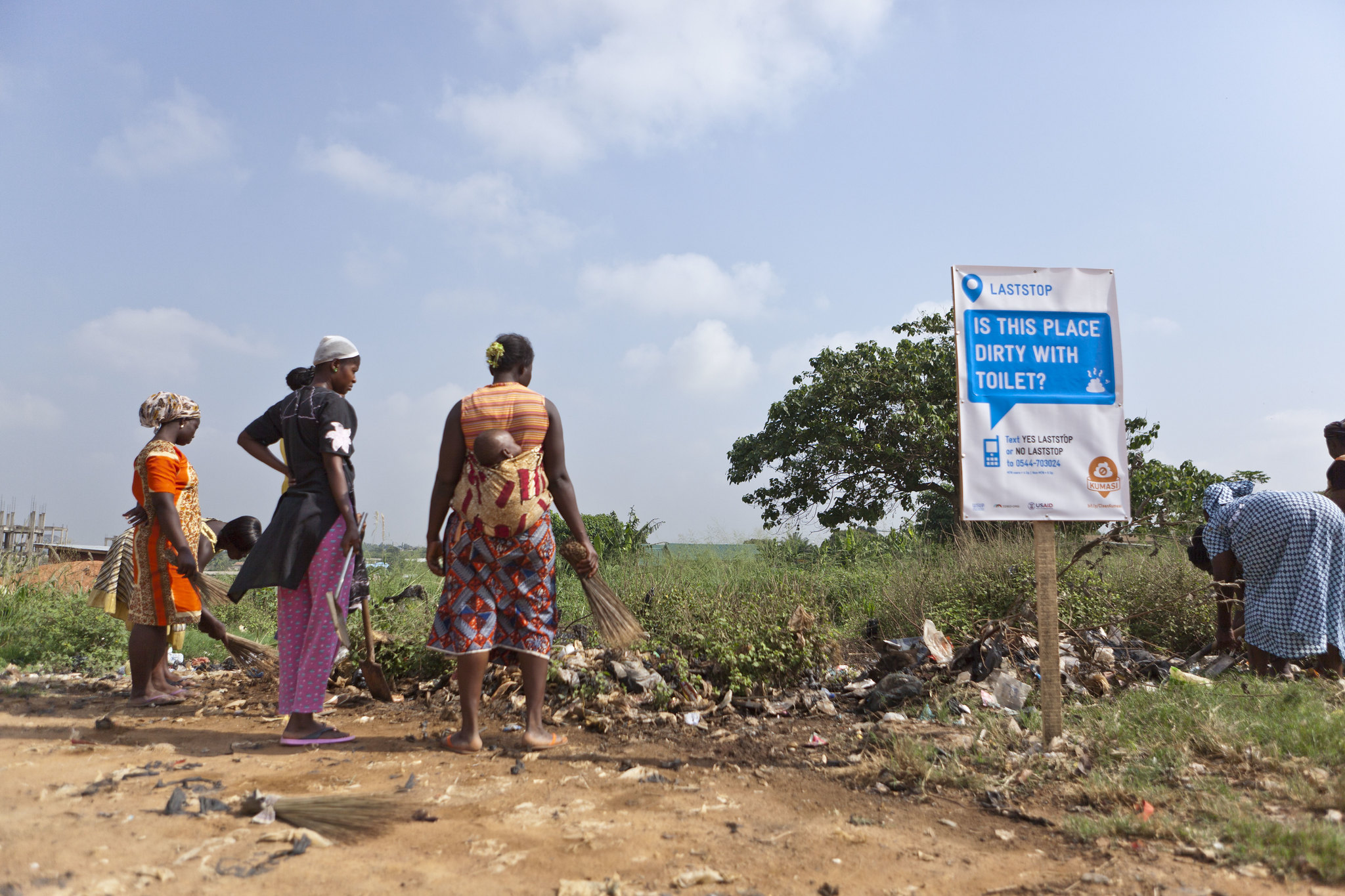 Another major problem that slums in Ghana face is the lack of adequate sanitation.  Many people who live in slums do not have a bathroom in their place of residence, so they often depend on using public bathrooms. The lack of private or individual restrooms in Ghana does not end with slums. Places of residence and schools can be built without restrooms.
To solve this problem, groups such as the Media Coalition on Open Defecation in Ghana are advocating that the government work toward limiting the number of public defecations. The lack of adequate sanitation increases the risk of getting diarrhea and diseases like cholera. Although the lack of private bathrooms impacts a community negatively, the need for restrooms has provided entrepreneurs with new business ventures because they can charge money for the use of public bathrooms. According to Water and Sanitation for the Urban Poor (WSUP) the use of public toilets has become part of the culture in Ghana. Currently, 60% of households in slums use public toilets.
To solve the problem of limited bathrooms in the slum community, WSUP works with Ghana’s Ministry of education to provide schools with “toilet blocks.” Furthermore, one of the innovative ways that the organization has helped is by building toilets that are not connected to sewer systems. These toilets store human waste in cartridges that are taken to a waste treatment facility by a clean team whose job is to then send the waste to a plant and replace the cartridge. The clean team is paid a monthly fee to remove the waste.  The toilets can be placed in residential areas where some people may find it difficult to access a public restroom.
Although the housing crisis in Ghana may look bleak, the government, citizens and non-government organizations are passionate about solving the problem. In 2019, the government of Ghana entered into an agreement with the UN to build 100,000 houses by 2022, a project that would also provide jobs to people in the community.
-Joshua Meribole
Photo: Flickr
July 24, 2020
https://borgenproject.org/wp-content/uploads/logo.jpg 0 0 Lynsey Alexander https://borgenproject.org/wp-content/uploads/logo.jpg Lynsey Alexander2020-07-24 14:11:142020-07-24 14:11:14Slums in Ghana: Challenges with Growth