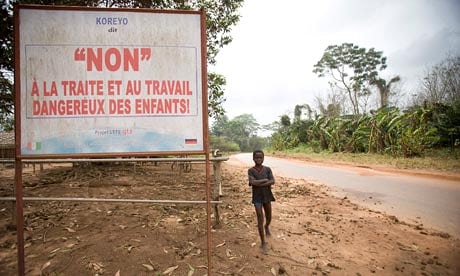 Slavery is never an easy problem to confront. It is uncomfortable and unpleasant to think about, a complex jumble of economics, politics, culture, and dozens of other areas. It is also very uncomfortable to address the possibility that many western clothes and electronics are made by slaves. However, poverty cannot end completely without ending slavery, and slavery will not end without an end to poverty. They feed off one another, so in order to end poverty, people must end modern slavery as well.

Society tends to imagine slavery as an issue of the past, a horrible chapter of human history that closed with the ban on the slave trade in Europe and the emancipation proclamation in America. But slavery has continued, and today, there are more people in slavery than at any other time in human history. Twenty-seven million people are enslaved today, 79 percent of whom are women and children. Almost every country in the world is somehow involved in human trafficking and slavery, either as a country of origin, transit or destination.

Many people who become trapped in slavery are the people who are already trapped in poverty. People in extreme poverty often try to find ways out of their desperate situation, and many are lured into the slave trade with promises of education, steady work and a better life. Instead, they are sold into slavery, often for as little as $90 a person, and imprisoned with literal chains or psychological pressure. They can then be forced into different types of slavery, including sexual exploitation and prostitution, forced labor, being compelled to act as beggars, benefit fraud and organ removal.

There are laws and international protocols against the slave trade, but they are poorly enforced and often ineffective. Victims fear coming forward to the authorities because of stigmas and the risk of imprisonment or deportation, even when they are the victims, not the criminals. The victims are often the ones to carry the social shame and punishments while the conviction rate for the slave traders remains low.

Ending modern day slavery feels like a difficult task. There is no open slave trade to end as there was in the 1700s and 1800s. The U.N. is one of the many organizations working to free people and give them a new life. Since the early ’90s, it has freed more than 90,000 people by working to prevent trafficking and protect victims. However, there are still millions more to free and prevent from becoming victims in the first place. The State Department has devised a strategy of prosecution, protection and prevention, the “3 P’s” that are aimed to end modern slavery.

One of the most important ways to end modern slavery is by preventing it. Both slavery and poverty are about “excluding people from economic and social justice,” so addressing economic and social issues deals with slavery and poverty together. By preventing individuals from falling into the desperate situations of poverty, they are less vulnerable to slave traffickers. Preventing social exclusion and discrimination is also an important step to stop slavery. Slowing the supply of victims by addressing these social and economic causes is a crucial step to ending modern slavery. Since many of these problems are also related to global poverty, this is a win-win situation.

Protection is another key way to end slavery. The movements of refugees and migrants have made many people more vulnerable, so safe migration and trade unions can help keep workers from becoming susceptible to the slave trade. Those already trapped in the slave trade should receive the proper treatment and legal action. This leads to the final P, which is prosecution of those running the slave trade. The low prosecution rates provide little deterrence for those involved with the slave trade, so cracking down on prosecution can act as a form of further deterrence. 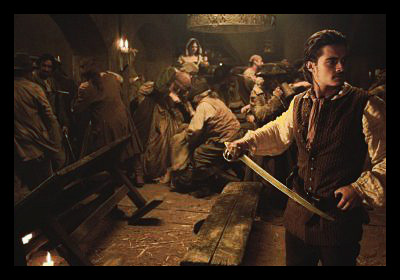 For many wealthy tourists around the world, the Caribbean islands seem like the perfect vacation getaway. Spring breakers, honeymooners and retirees all flock to the golden sands to bathe in crystal clear waters and soak up some sun. Last year alone the Caribbean had 25 million tourists. However, it might be surprising that the murder rates in the Caribbean region are higher than in any other region of the world.

Beyond the protected walls of the all-inclusive hotels, crime, violence and poverty plague the populations of these Caribbean nations. While tourism may be growing back to pre-recession levels in pockets of resorts, the majority of the population continues to battle with rising rape, murder and poverty levels. The Dominican Republic, for example, receives the most tourists of all the Caribbean Islands, yet it ranks as the third poorest Caribbean country with a gross domestic product per capita of only $9,700.

Jamaica similarly represents this paradox; though Bob Marley’s music resonates peace and love around the world, today Jamaica is known for its widespread poverty and high gun crime. In fact, in 2006, 75.2% of all murders committed in Jamaica involved the use of guns.

A report from the United Nations Economic Commission for Latin America and the Caribbean discusses the complexity of poverty and its multilevel impacts on Caribbean countries. Poverty affects societies on a social, cultural, psychological and political level, resulting in increased crime and violence. Nations easily become entangled in a vicious cycle that perpetuates these problems. Poverty causes crime and violence, which then further inhibits a country’s growth and development, thus leading to more poverty and inequality.

Social inequality and poverty in the Caribbean date back to colonialism, as the slave trade created a lasting impact on the social order and economic system of many islands. Back then, social tensions and inequality existed between peninsulares, Spanish-born Spaniards and Creoles and those with European decent born in the new colonies. Today, the situation remains relatively unchanged, as some of the largest businesses are still owned by white families who continue to reap the benefits of the plantation profits.

The violent past has indeed scarred the Caribbean region, creating a deeply divided society brewing with bitter resentment. Not surprisingly, many Caribbean nations seek slavery reparations from European countries, like Spain, Portugal and the United Kingdom. They hope to restore some kind of moral justice and initiate development plans to help improve communities still suffering from the effects of slavery.

So there is hope of breaking the vicious cycle. Poverty in the Caribbean can be reduced from an institutional level by supporting education, providing family support and improving health facilities in impoverished areas. On an economic level, trade integrations can stimulate the Caribbean economy by generating jobs and alleviating poverty.

Providing a safe and productive outlet for families to make a living keeps people off the streets and away from crime and violence. The United States can encourage mutually beneficial trade relations that create jobs and build foreign markets while simultaneously restoring the social and economic stability of popular vacation spots.