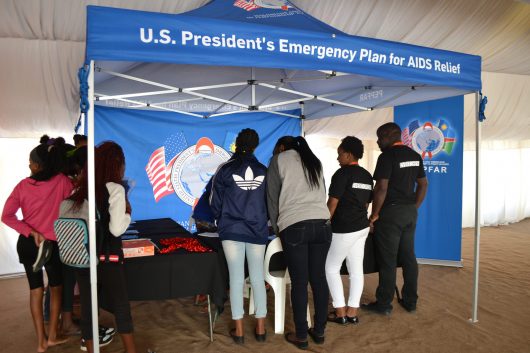 In May 2017, President Donald Trump unveiled his “skinny budget” plan that would be implemented in the upcoming fiscal year. President Trump’s plan is particularly worrisome for foreign countries that are plagued by HIV, as the plan cuts $1 billion from the President’s Emergency Plan for AIDS Relief (PEPAR) program.

It has been estimated that President Trump’s HIV foreign aid cuts would result in nine million life years lost in South Africa and Ivory Coast, which are two countries that have a predominant problem with the spread of HIV. Specifically, according to humanitarian writer Sebastien Malo, “South Africa has the highest prevalence of HIV worldwide, with 19 percent of its adult population carrying the virus in 2015.”

The U.S. Department of State reported that HIV-infected patients who currently receive antiretroviral therapy funded by U.S. foreign aid would not stop getting treatments. On the other hand, however, it is estimated that 1.8 million people would die from HIV in South Africa and Ivory Coast within 10 years due to President Trump’s HIV foreign aid cuts.

According to the Kaiser Family Foundation, if the Trump administration continues to cut funding for HIV-related programs and research, HIV could transform into a pandemic and affect the world. Jacqueline Alemany, White House reporter, indicated that the foreign aid cuts are due to the Trump administration’s partiality toward defense and military spending.

Thus, a small reduction of $1 billion from the current $6 billion PEPFAR program would potentially cause catastrophic effects around the world. Furthermore, adding to South Africa’s estimated seven million HIV-infected people, Ivory Coast is home to approximately 460,000 HIV-infected people. All in all, as Malo questions, “would the relatively small savings realized by currently proposed budget reductions be worth these large humanitarian costs?”

Now, the U.S. government is left to determine whether or not the budget cuts are worth the potential humanitarian crisis caused by an enormous loss of life and the spread of HIV.