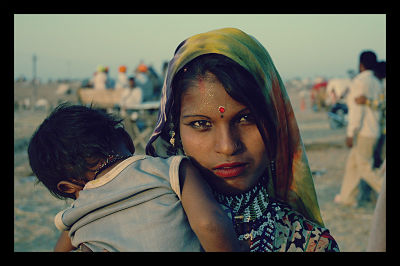 Dubbed by academics as India’s “calorie consumption puzzle,” the average person in India is making more money now than three decades ago yet the average person’s caloric intake has dropped dramatically. These results have most academics, sociologists and economists stumped. However, a handful of experts have ventured guesses as to why people in one of the world’s most populated nations are eating so much less.

The final idea posited is by far the most chilling. Some academics believe that impoverished communities in India are consuming fewer calories because they simply do not have the money to spend on food. The Indian government does not provide much public assistance for impoverished Indian households for things such as schooling and healthcare. With a growing economy, India has a need for skilled labor. Since the schooling for this type of labor is expensive and left unprovisioned for by the government, it could be crippling many Indian families – the majority of which have not benefitted from the rising economy.

In their recent study “The Calorie Consumption Puzzle in India: An Empirical Investigation,” Deepanker Basu and Amit Basole propose that this last explanation to the puzzle is the most likely. If this is in fact the case, this type of malnutrition will work to perpetuate poverty in India.

The poverty that affects communities today leaves a lasting impact on future generations. The effects of malnutrition in children last throughout their lives and can be manifested as lower weight and height, a greater vulnerability to disease and infection, as well as mood swings and depression later on in life. Being raised malnourished is a key factor in prolonging poverty. An increased propensity for sickness and disease means fewer workdays. Emotional instability can mean a whole host of problems that will only add to the already difficult task of pulling a family out of poverty.

Although this task seems as difficult as it is complex, helping to resolve India’s “calorie consumption puzzle” may a huge step toward eliminating poverty in one of the most populated countries on Earth.