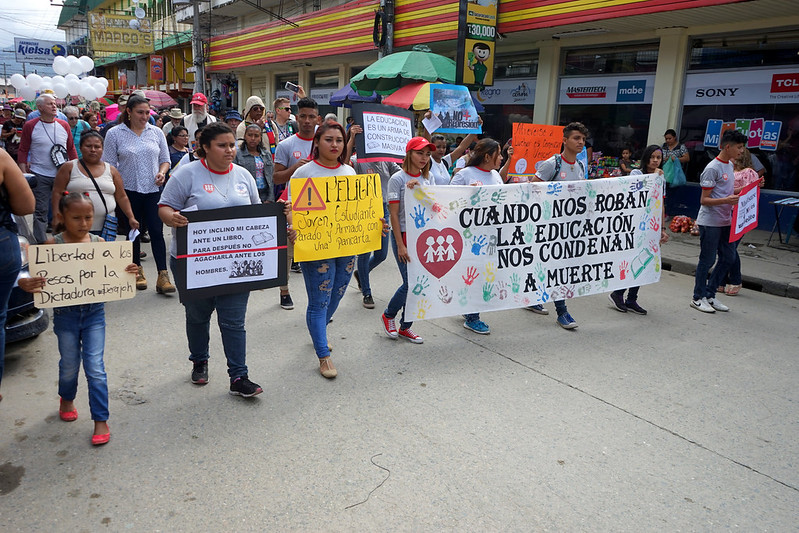 Honduras is trapped in a cycle of violence and poverty that creates the perfect environment for gangs to thrive. Reports state that gangs and drug traffickers pay off members of the criminal justice system to get away with their crimes. However, despite these injustices, violent crime rates have dropped by half over the last decade as community outreach programs join humanitarian organizations’ efforts in stopping gang violence.

In 2018, Honduras had a poverty rate of 48.3%. Inequality in the country has led to an extremely small middle class and a large income gap. Gangs feed off of poverty and a lack of government services. Moreover, gangs become the only way young people could get an income and find a semblance of a supportive community.

Honduras has a Corruption Perception Index score of 26 out of 100, which is directly reflected in the fear citizens have of reporting crimes. Gang members can be killed for attempting to leave a gang and many businesses are forced to pay “war taxes” for protection. Luckily, nonprofits and community outreach programs have arisen to intervene in this cycle of violence. Here are a few anti-violence success stories from within Honduras.

The Association For a More Just Society

The Association For a More Just Society (AJS) is a nonprofit that works to create strong community bonds to dissuade violence in Honduras. In terms of working against corruption, AJS investigates and publishes reports about the health care and education sectors. Additionally, they hold youth services in small Honduran communities.

AJS has had remarkable success in terms of reporting cases of corruption by the government and wealthy elites in Honduras. In the public health sector, AJS found that the government purposely overpaid connected businesses for medical supplies and ignored cases of theft. Its reports led to the arrest of 13 officials and increased access to life-saving medication in public hospitals.

The organization also reported corruption in education as teachers who were not showing up to work were being paid and the average student only had 125 school days available to them. The Honduran government had the highest spending budget on education in the region, yet its test scores were still very low. AJS has reduced the percentage of non-working paid teachers from 26% to 1%. Additionally, many schools now hold an average of 200 days of school.

Skate Brothers is a community outreach program that was started by the Honduras local, Jessel Edgardo Recinos. He was shot at the age of 16 after being accused of stealing a cell phone from a prominent gang member. This near-death experience inspired Recinos to create a community youth program that taught kids about skateboarding instead of violence.

The group provides a place for Honduran youth to gather after school with friends while learning fun skills like skateboarding, BMX bike riding and rollerskating. Additionally, Slate Brothers provide counseling services to prevent youth from joining gangs. The group performs in parades and street fairs as well as volunteers for the community.

Recinos has convinced members of his youth group to leave gangs and join his community outreach group instead. His goal is to create a supportive community that serves as an alternative to gangs and does not mandate illegal activity. Skate Brothers is one of 64 outreach programs created by USAID’s Honduran Youth Alliance, which now serves 34,000 youth around the country.

While gangs in Honduras is still a major issue, nonprofits and community support programs like AJS and Skate Brothers have been instrumental in stopping gang violence. The cycle of violence, poverty and corruption is beginning to break because of the dedication of AJS and the Honduran Youth Alliance. Reciono’s creation of Skate Brothers shows how people in impoverished communities can inspire their peers to join them in stopping gang violence.