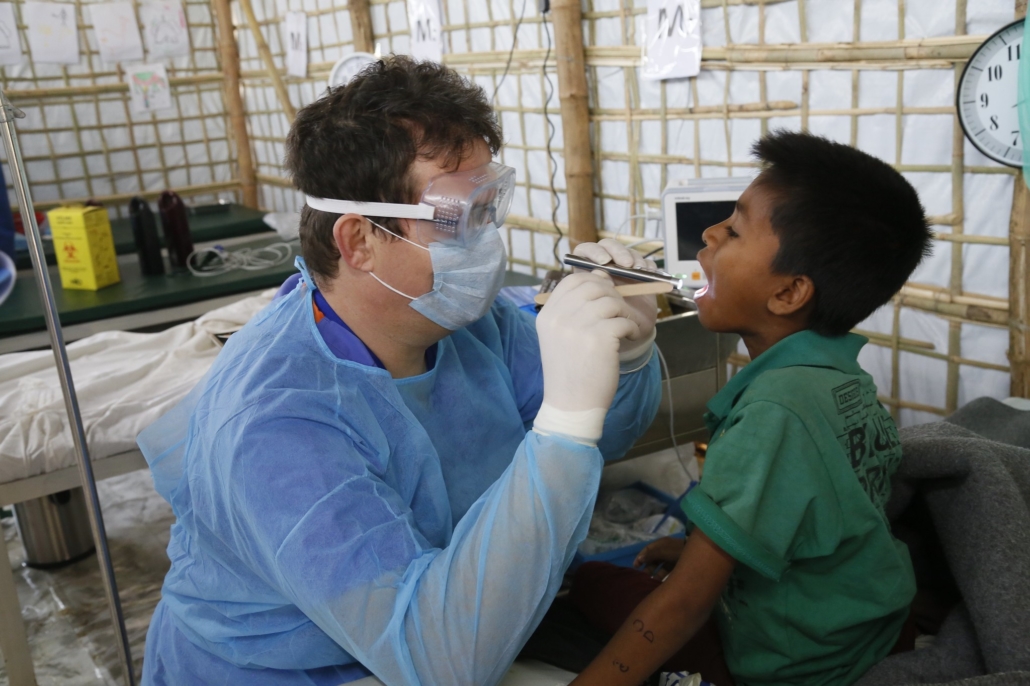 Amongst many others, three prevalent issues that continue to burden citizens across the world are mental health problems, weather changes and infectious diseases. Thankfully, organizations such as the Wellcome Trust specialize in these areas and hope to alleviate public health issues through research initiatives and partnerships. It incorporates work with businesses, academia, philanthropies, governments and the public to support the role science takes in solving health challenges. Not only does its work advance the study of science and medicine, but it also benefits under-developed countries needing assistance. Here is some information about the ways the Wellcome Trust fights infectious diseases around the world.

About the Wellcome Trust

The founder of the Wellcome Trust is Sir Henry Solomon Wellcome, a former philanthropist, and pharmacist who worked tirelessly to advance medical research. Born in 1853, Sir Henry Wellcome had an interest in pharmaceuticals and other cultures from an early age. After studying pharmacy and becoming a traveling pharmaceutical salesman, Wellcome formed Burroughs Wellcome & Co. in 1880 and worked to register a new form of tablets that were safer than traditional pills. He went on to profit handsomely from this company and used his wealth to fund many different scientific research laboratories, as well as collect different historical objects and books relating to medicine. Toward the end of his life, Sir Henry Wellcome formed the Wellcome Trust. This organization emerged to benefit those hoping to further biomedical research by providing funding. Today, the Wellcome Trust serves as the second-largest medical research charity in the world.

The Wellcome Trust strategizes to make improvements in public health by supporting various research programs. Wellcome works to advance research in the biomedical science sphere in hopes of bettering the understanding of health and disease. Its areas of scientific research include:

The trust provides research grants to scientists, artists, educators and innovators in 70 countries. Many major collaborations have resulted from Wellcome-funded or co-funded research initiatives, such as the Cancer Genome Project and the Ebola Emergency Initiative. The trust provides funding schemes for potential grantees looking to increase research in biomedical science, population health, product development and applied research, humanities and social sciences, or public engagement and creative industries. In 2016, the Wellcome Trust received the title of the largest philanthropic funding of health research and others noted it for its people-focused funding.

The Wellcome Fund’s Initiatives in Africa and Asia

Wellcome’s work in Africa and Asia has resulted in significant impacts for those regions, such as recognizing treatments for infectious diseases and implementing programs that benefit African-led initiatives.

It has administered numerous programs in Africa and Asia, such as the KEMRI-Wellcome Trust Research Programme (KWTRP) in partnership with the Kenya Medical Research Institute, as well as The Africa Health Research Institute (AHRI). Both of these programs take a special interest in researching to understand the diseases that cause high mortality rates in their regions and use this information to improve public health in their area. The ability to understand the health of a population enables the use of intervention to improve the overall quality of life in that area. One significant impact that has resulted from this focus on Africa and Asia is the discovery of a more effective treatment for severe malaria, which went on to become the World Health Organization’s (WHO) global policy recommendation. Additionally, The Alliance for Accelerating Excellence in Science in Africa (AESA) emerged.

This organization fosters scientific excellence through mentoring upcoming research leaders and translating research into products and policies that improve the lives of people in Africa. With innovators in Africa leading it, the organization hopes to transform health research on the African continent to benefit citizens.

The Wellcome Trust fights infectious diseases through the advancement of vaccines and helping distribute them to under-developed countries, which benefits impoverished citizens in more ways than one. About 2 million deaths each year are due to inadequate access to vaccines in low and middle-class countries. In impoverished countries that possess weak health care systems, easily preventable and treatment illnesses can run rampant and result in the death of children and already ill individuals. Many of these struggling nations also lack strong, well-established governments that can provide resources to help their citizens. This is why Wellcome supports the development of new and improved vaccines and hopes to enable vaccines that already exist for use in a broader context.

The Wellcome Trust understands that low and middle-income countries with high rates of infectious disease need to create their own immunization policies based on research evidence and prioritize cost-effectiveness. Therefore, it works with predominant organizations, such as Gavi, to fund and share relevant research with these areas to help them with their decision-making. Vaccines hold the potential to not only prevent sickness and death in impoverished nations but can also bolster education and economic development in struggling areas.

Ultimately, Wellcome uses its renowned research grant programs to cultivate discoveries involving global public health. Its initiatives reach across the entire world and result in new research that forces scientists to re-evaluate how to approach medicine and infectious diseases. Its discoveries also benefit struggling nations, such as areas in Africa and Asia, that greatly need invention to help their communities. The Wellcome Trust fights infectious diseases by helping the world gain a better understanding of science and supported some of the brightest minds in the scientific field to uncover improvements in public health.