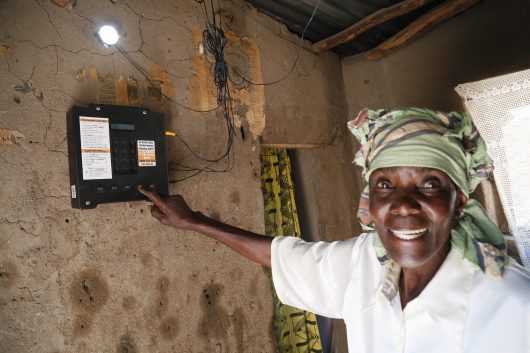 Technology has long been considered one of the most useful tools in combating global poverty. New developments continue to show even more promise in this regard. Two prominent thinkers have made recent strides toward finding dramatic new breakthroughs in using technology to fight poverty.

Rob Nail is the CEO and co-founder of Singularity University, a global community created to take on the greatest challenges facing the world today with the use of exponential technologies. Having already worked directly with the government of Uruguay to provide 100 percent of young students with interconnected laptops and tablets, Nail is now looking to the future of education by applying those technologies.

“Imagine five and six-year-old kids learning coding and robotics. What will Uruguay look like 15 years from now?” Nail told Forbes in a January interview. “That can translate into us creating a world of abundance, as we like to call it.” Nail has also worked with existing industrial giants such as Lowe’s and GE in creating technological programs to fight poverty.

Nail is not alone in his quest for using technology to fight poverty. In December, Stanford University launched a dedicated Poverty and Technology Lab. The lab seeks innovative technological solutions to the problem of ongoing global inequality.

The lab’s founding director Elisabeth Mason told Buzzfeed news that the lab will develop an entirely new field of academic study “that applies the premises and tools of technology to the policies and processes of fighting poverty.” Mason holds extensive experience in fighting poverty as the Senior Advisor at the Stanford Center on Poverty and Inequality. She was awarded the New Yorker of the Year honor by NY1 in 2015.

The Fourth Industrial Revolution, more commonly referred to online as 4IR, is the name for the radical globalization of cyber networks poised to revolutionize the way businesses operate today. It is comprised of three main components: the Industrial Internet of Things, which are machines that collect and act on information, Big Data, which is the mass capturing of data itself, and Digital Infrastructure, which securely connects all the devices.

With their passion for social justice and vision of a future where poverty is nothing more than a historical memory, both Nail and Mason are primed to be major figures in 4IR by using technology to fight poverty.