Tag Archive for: Silent Truth About Mental Health in Colombia 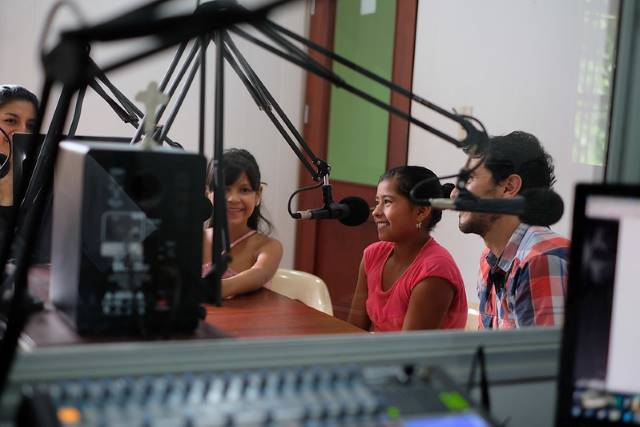 Colombia is home to some of the most unyielding forms of violence, such as assassinations, assaults and homicides. Significant acts of violence and conflict first came about during the La Violencia period. This occurred in 1948 when territorial and civil issues arose between property owners and impoverished farmers. Historically, violence has been a prevalent theme in Colombia and has heavily impacted many families and communities. Colombia’s low mental health rates increase in rural areas due to trauma, substance abuse and gang violence. Colombia has the largest population in the world of expatriates by an armed conflict, which can have a significant influence on the population’s mental stability. This article will discuss the silent truth about mental health in Colombia.

According to a scientific research report, the displacement process can cause “physical and psychological consequences associated with exposures to harm and loss during disasters and complex emergencies.” Crime and acts of violence predominantly occur in rural areas; however, displacements then require significant adjustments to life in urban areas. Internally displaced individuals are often victims of armed conflict, often having to flee their own homes. These adjustments to new locations can increase the chances of mental disorders such as “depression, anxiety and post-traumatic stress.”

According to a study, anxiety disorders are prominent in victims who have experienced more vile acts of violence. Even so, side effects and symptoms begin to subside after nearly five years. Individuals also experience more side effects if they have suffered trauma due to the actual act or witnessing of violence rather than the loss of a loved one. Furthermore, pursuing or witnessing violent actions causes behavioral issues. These events induce physiological trauma, which then affects others directly or indirectly.

There are many factors as to why individuals experience mental health issues. However, a pattern has developed among the type of issues between genders. According to a psychological survey conducted in Colombia, women experience a significant increase in depression while men experience increased alcohol addiction due to violent behavior or witnessing violent acts. In terms of the drug market economy, Colombia is well known for supplying cocaine internationally. However, on average, alcohol is the most popular drug of choice, beginning at the age of 14, which increases the risk of alcohol abuse.

The continuous rise in drug addiction can lead to a lack of financial stability, which leads to poverty. In 2018, the poverty rate was 27.8%, a 0.09% decrease from 2016. The lack of finances can lead to more stress on individuals, which exacerbates mental health conditions and proves that the silent truth about mental health in Colombia has a continuous domino effect.

The Aftermath of Gang Violence

Violent gangs are a prominent vessel for drug transportation within Colombia, and according to the United Nations, “violence by criminal gangs battling over drug trafficking areas” has led to the displacement of more than 800 people. After the repercussions of La Violencia in 1948, a peace treaty emerged. Nonetheless, it caused many Colombian natives to break apart into two political groups: paramilitary and guerrillas — both involved in drug trafficking. Gangs are the primary group engaging in drug trafficking and members typically acquire deadly weapons for many purposes. Moreover, weapons can cause years of psychological trauma for gang violence victims.

Street crimes such as robberies are currently the most predominant type of crimes in Colombia. However, gang members usually commit these criminal acts and increase the crime rate countrywide. Although crime rates increase for multiple reasons, including gang activity, Colombia’s government must take further action. The government must take measures to ensure that no more citizens fall victim to gang violence or the aftermath. The consequences of these experiences cause mental disorders for those involved in criminal acts and those associated with the individuals involved.

Although there is a lower rate of conflict in Colombia currently, according to a research report, 8 million people have faced internal displacement since 1985. The Children of the Andes Foundation is an organization working toward protecting the rights of Colombian children and creating a positive environment for children suffering from exposure to violence. The organization is founded on the belief that every at-risk child should have the opportunity to better themselves, standing as a home to “62 boys and girls between the ages of 7 and 18.”

Furthermore, many health institutes have developed in Colombia to combat mental health disorders in hope of decreasing acts of violence. Nevertheless, until the government develops a solution for the ongoing violence, the silent truth about mental health in Colombia will remain.