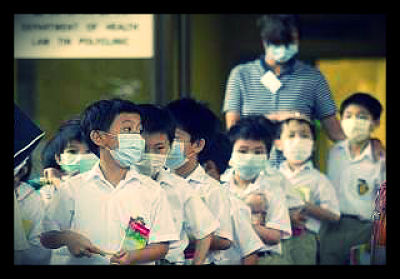 Local governments in Japan have been forced to cancel classes at 15 elementary schools due to a recent outbreak of mass food poisoning. At least 905 children have fallen ill in Japan’s Shizuoka Prefecture. In the coastal city of Hamamatsu, the children experienced vomiting and diarrhea, with roughly 41 teachers showing the same symptoms.

Authorities who are investigating the situation believe that the sudden outbreak was caused by “norovirus, a common source of foodborne illness.”

This virus is highly contagious and easily transmittable. According to Horihiro Ishizaka, a Hamamatsu city public relations official, “the highly contagious virus was detected in about half of the stool samples taken from the sick pupils.”

The hygiene office of the city is testing the school lunches that are eaten by students and potential faculty to determine the cause of the outbreak. The food poisoning outbreak falls within a close proximity of timing;  less than a month ago, 1,400 people across Japan fell ill after eating frozen foods potentially tainted with pesticides.

The food poisoning symptoms became evident on January 15 and by January 16, schools were already being shut down.

Japanese seafood company Maruha Nichiro Holdings was responsible for the pesticides found within the frozen foods. The assortment of foods that were contaminated included pizza, croquettes and pancakes. The company had to recall 6.4 million packages of various frozen food items on December 29, stating that they found the foods to be contaminated with high levels of malathion.

Malathion is a pesticide commonly used in gardening and farming. This pesticide also kills fleas on animals and people. In high dosages, it can cause death in humans, according to the U.S. Centers for Disease Control.

The frozen goods were contaminated with 2.6 million times the legal limit. Regardless, no fatalities were reported.