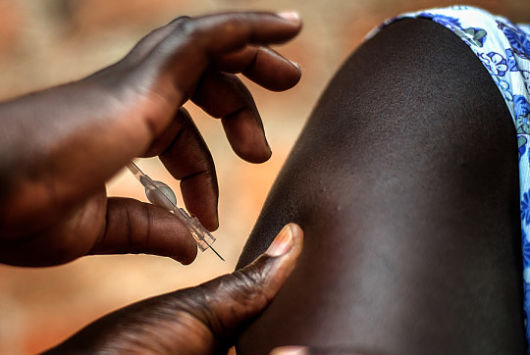 Safe and effective contraception is one of poverty’s biggest enemies. In fact, it can prevent up to 33 percent of maternal deaths through things like unsafe abortions (which lead to the death of over 50,000 women annually) and too many consecutive pregnancies, which can lead to harm for both mother and child.

It seems like common sense when stated so plainly. However, worldwide, over 200 million women lack access to contraception.

Factors inhibiting access to and use of birth control include everything from lack of education, to lack of proximal availability, to lack of medical professionals available to administer the drugs.

Sayana Press, an injectable form of birth control, provides three months of contraceptive protection and is so simple that the possibility of self-administration is currently being researched. If achieved, this would allow for long-lasting contraception without the need for patients to enter a clinical setting. One study conducted over 12 months showed that 95 percent of women found self-injection to be a convenient option.

Even in its current state, Sayana Press is easy to administer, and doing so requires very little training. Because it lasts for three months at a time, women do not have to meet up with healthcare professionals so frequently that it is a major inconvenience.

How does it work? The popular birth control drug Depo-Provera is delivered using the Uniject injection system, a prefilled, single-dose, disposable, and compact device. Depo-Provera is widely known to be effective, and more than 88 million Uniject systems have been used since 2000 for such purposes as administering the Hepatitis B vaccine to newborns.

Thanks to the innovation and potential of the product, the Sayana Press was showcased in the Innovation Countdown 2030 Report, an initiative led by PATH to increase awareness and investment in technologies designed to improve global health.

PATH, a nonprofit that works to improve global health and save lives, does its work with a focus on accelerating innovation, making the efficiency and effectiveness of the Sayana Press a prime example of a product warranting their support.

PATH’s Sayana Press Pilot Introduction Project, an initiative that began in 2014 and will last until 2016, has brought the product to five countries in Africa and South Asia. If the results are successful, the product will likely be adopted more widely.

Because family planning is so important in the fight against global poverty, the more options there are, and the more widely available they are to those who need them, the better. Sayana Press is being called one of the most exciting innovations in global health today. Part of its beauty lies in its simplicity: a disposable piece of plastic that has the potential to save millions of lives.