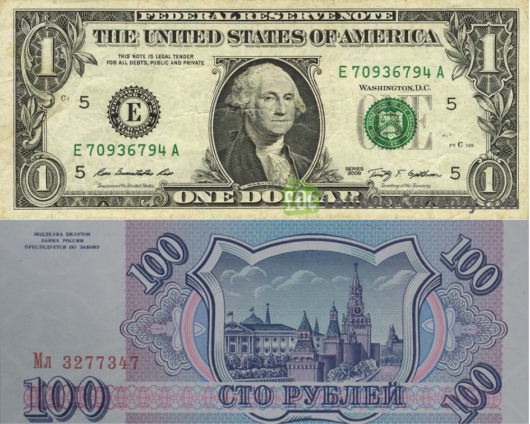 There is a commonly understood equation that all world travelers parse out during their adventures to foreign countries: “How much will (x) of my currency buy (y) of their currency?” If an American travels to any of the 27 European nations, they will need to exchange a large portion of U.S. dollars into the EU’s respective currency, the Euro (€). Similarly, if Russians travel to the United States, they will need to buy American dollars ($) with their Russian Rubles (₽).

The relative worth of one holder’s currency pegged to another’s in consideration of the purchase of the same basket of goods and services is referred to among economists as the purchasing power parity (PPP). The parity is a theory that suggests “exchange rates between currencies are in equilibrium when their purchasing power is the same in each of the two countries” (University of British Colombia School of Business).

The basis of PPP is the law of one price across nations; however, in the world of global economies and integrated wealth and trade, $10 spent in Russia gets one more goods and services than $10 spent in the United States. This is the economic disparity that leaves Russian consumers worse off in both their own country and the U.S.A.

In order to better understand the purchasing power parity and how it adversely affects the Russian middle class, the following example will better illustrate its practicality:

Consider the two experimental countries, Russia and the U.S. A tall-sized latte from Starbucks costs approximately 255 ₽ or an American equivalent of $4.50; however, in the U.S., an identical product costs $2.95. The PPP between Russian and the U.S.A. for a tall-sized latte from Starbucks is the price paid in Russia in U.S. dollars ($4.50) divided by the price paid in the United States in U.S. dollars ($2.95).

Simple arithmetic leads to the conclusion that for this item, the PPP between Russia and the U.S. is approximately 1.52, which means the consumers pay $1.52 to make a purchase in Russia that would cost $1.00 in the United States. Alternatively, Russian consumers are using their weaker national currency to pay a 50 percent premium on a tall-sized latte from Starbucks. Apply this to the purchase of a flat, college education or vehicle, and the numbers and basic economic principle alone illustrates how worse-off the Russian middle class is than that of its western counterpart.

The PPP between Russia and the U.S. and any other first-world country is relevant to the overarching issue of poverty in Russia because of relative wealth distribution and purchasing power. Russia’s geography necessitates a strong import business relationship with the world’s leading trading partners, including and especially the United States where embargoes do not apply. For Russian consumers, this means higher prices for finished goods and services that are not justifiably priced in the Russian Ruble (₽).

When Russian consumers want to spend on big-ticket items, they have to work harder and longer, save more and manage their money better than consumers in the U.S. Economics and the PPP explain why Russians often work abroad and repatriate foreign currencies with higher PPP than the Ruble so to afford goods and services in Russia. This consumption strategy tightens the labor market for Russians; however, in the long run, this is not an economically viable alternative to internal market corrections.

How can the rest of the world equal the playing field for Russia? The answer is difficult. First, the law of incentives must be prioritized in Russia’s labor environment to keep skilled and unskilled labor in Russia and reduce currency repatriation. Secondly, Russia needs to begin to play by the rules set by developing countries if the country wants to reduce its PPP relative to trade nations. Last but not least, these prior measures will work to benefit Russian importers, businesses, and most importantly, Russian consumers. It is time to bring more power back to the Russian Ruble for the middle class of Russia. 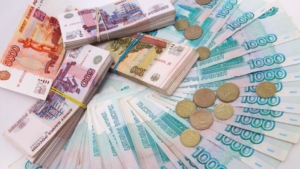 Economies of the world, listen up: the Russian economy is on the verge of a collapse with the fall of the ruble, which fell to a record low of 80 to the dollar on Tuesday, December 15, 2014. Over a month has gone by, and the Russian government and the Central Bank of Russia are still fighting to stop the free fall of the nation’s economy.

In a conference held on December 15, Russian President Vladimir Putin placed the blame for the ruble’s collapse on Western embargoes. During the three-hour speech on his country’s current economic situation, Putin focused on two primary topics: foreign policy and the economy.

President Putin offered a unique metaphor connecting Russia’s foreign policy and where the country stands on global politics. He said, “Sometimes I wonder, maybe the bear should just sit quietly, munch on berries and honey rather than chasing after piglets … but they will always try to chain [the bear] up.”

With Russia playing the bear in his metaphor, President Putin provided a closer look at his primary goal: to put a fallen Russia back on top. However, since Russia can no longer borrow money from Western banks after the invasion of Ukraine, the Russian government has been forced to dip into other savings, such as foreign aid and reserves.

According to Mr. Putin, Russia “will overcome the current situation. How much time will be needed for that? Under the most unfavorable circumstances I think it will take about two years.” Mr. Putin has high hopes for oil prices to rise and the territories in Ukraine and Siberia to become huge assets to Russia. Mr. Putin also aims to knock out political opposition within Russia and create a resilient, independent economy for Russia.

President Putin’s words during the press conference failed to gain much support in the crumbling market. While it did see a slight increase the day after his speech, the ruble has since continued to weaken against both the dollar and the euro.

The Russian Central Bank reportedly spent more than $80 billion in foreign reserves to slow the ruble’s downfall in December, and this rush to revive the ruble is continuing into 2015. Russian savings could potentially depreciate and push Russia further into an isolated economy. Mr. Putin hopes that the depreciation of the ruble will “make Russia’s economy more independent,” as it is weaned off of Western influence. With Russia being such an influential nation in Northern Asia, its continued isolation could have devastating effects on global poverty.

As Russia further separates itself from the Western economies, the world feels the weight of Russian policies.