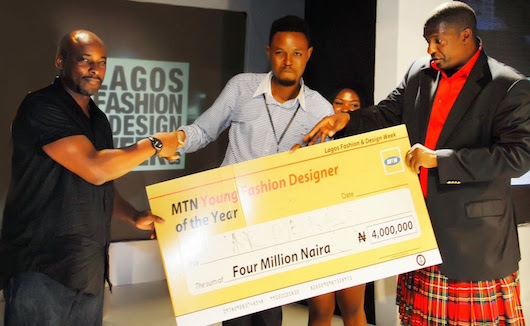 MTN South Africa (Mobile Telephone Networks), part of a multinational telecommunication company operating in 21 countries across the world, is rewarding top performing students in rural schools across the country. The organization is honoring these studious teenagers with scholarships and laptops to enhance their education.

The beneficiaries of scholarships and 200 laptops include three top students in the LSEN (learners with special educational needs) category at rural schools. One of the elite learners, who is legally blind, will receive a personalized laptop with 10 GB of data.

The 18 scholarships will be rewarded to qualifying students per province, selected by the provincial education department. The bursaries will cover tuition, textbooks, pocket money, fees and other costs.

In an interview with It News Africa, Kusile Mtunzi-Hairwadzi, General Manager of the foundation, states that “MTN is [aware] of the socio-economic conditions that hamper academically gifted learners from furthering their studies.” She believes that “this gesture provides a lifeline to these students, providing them with hope for the future and an opportunity to break the vicious cycle of poverty and reach for their dreams.”

According to Mtunzi-Hairwadzi, MTN SA Foundation is dedicated to working in tandem with the South African government to support programs aimed at improving teaching and education in rural schools. The organization has been involved with improving the spread of knowledge and technology for over a decade.

Mtunzi-Hairwadzi also mentions in the interview that “the exceptional academic achievements of these learners is indicative of what hard work and focus can achieve.” The Foundation believes these rewards will act as an incentive and encourage even more students to excel at school. The general manager views the support from the Foundation as a “part of [the company’s] ongoing commitment to ensuring that [they] make a positive difference in the communities” where the company has a visible presence.

MTN South Africa aims to help develop a team of students that will eventually contribute to the growth and develop of the South African economy. 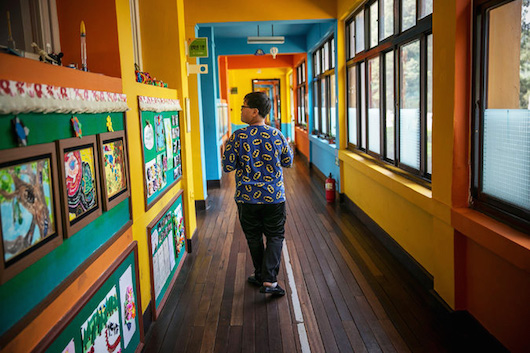 While rural schools in South Korean villages are facing closings, communities are trying to find solutions to keep them open. Next spring, local school Nogok Primary will close after its only enrolled student graduates, 12-year-old Chung Jeong-su. For the one student enrolled, it costs more than $87,000 per year to keep the school running.

In South Korea, 93 percent of students graduate from high school on time compared to 81 percent in the United States, an average considered among the best in the world.

“Villages around here have no more children to send,” the school’s only teacher, Lee Sung-kyun said. “Young people have all gone to cities to find work and get married there.” Located 110 miles east of South Korean’s capital, Nogok is a typical farmland town where farmers tend to potatoes, beans, and red peppers.

In the aftermath of the Korean War, farmers found premier education as a ticket to freedom for their children to escape poverty. By sending their children to Nogok Primary, students graduated and earned wages that were significantly higher than their parents.

Along with other Nogok Primary youth, recent high school graduates began moving to big cities where they could pursue university or receive higher-paying jobs. This demographic shift hit rural towns, including the Nogok community.

“It’s a sorry sight,” said Mr. Baek, a graduate of Nogok Primary. “When I was a student here, 300 children were crawling all over there, giving weeds no time to grow.”

While the country has an excellent education system, rural South Korean villages are suffering, creating a larger gap between the rich and the poor. With the 13th largest economy in the world, South Korea’s rural towns have taken initiative, starting campaigns to save their schools. Some solutions include hiring buses to transport children from neighboring towns and providing free housing for families moving to the rural towns with school-age students.

Continued efforts give villages hope they can bring another generation of students back to the once prospering population.

Many people know the importance of clean water and basic sanitation for health, yet, hardly think of what not having these amenities means for schools and education. According to a program called Support My School, studies have shown that schools lacking “basic amenities like Toilets, Access to Water and Basic Infrastructure create[s] an unwelcome environment in schools, which leads to a higher rate of absenteeism, finally resulting into drop-outs.”

For rural India, this becomes an extremely large issue because an estimated 50 percent of schools here are without functioning toilets. This is why Coca-Cola India, NDTV and UN-Habitat have teamed up to start to Support My School, a program in India geared to revive schools in semi-urban and rural towns and improve their sanitary and water efforts.

Support My School does not just help get clean water and working toilets into school, it also builds awareness on just how important water and sanitation are too many aspects of life, including education, utilizes whole communities to find solutions for the schools, and raises money through donations from stakeholders, corporations, and the general public. The program believes that improved sanitation and the provision of other basic amenities will make schools and students happier, healthier, and more active.

As of today, Support My School has raised 13.6 crore, which is equivalent to 2.495 million dollars.  272 schools in India have been revitalized. And over 43,000 students have reaped the benefits of the campaign.