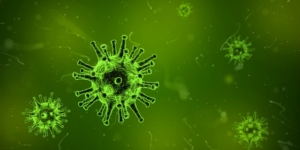 The success of a new rotavirus vaccination program in Malawi has received global attention, as world leaders and advocates now call for the widespread distribution of the vaccination. In the last five years, this southeast African country has seen a significant decline in infant death by about one third.

In many impoverished countries, rotavirus is a leading cause of death in children and infants; in fact, 121,000 deaths from the virus were reported in Africa in 2013. The infection is shed in the infected individual’s stool, which can then spread into the environment and infect other individuals. Rotavirus is most often transmitted within poor sanitation conditions. Handwashing is important to combatting such infection, and setting up handwashing stations in impoverished countries could help improve conditions and limit infections.

Unfortunately, such measures are not enough to completely prevent spreading, and thus why vaccination is an essential prevention tool. The rotavirus most often infects infants and young children and symptoms can take up to two days to appear. The most common symptoms are severe diarrhea, vomiting and abdominal pain that leads to extreme dehydration, which is often fatal in impoverished countries. Children who are not vaccinated often suffer from more severe symptoms.

Thankfully, the new rotavirus vaccination program in Malawi has demonstrated immense success. Studies from Liverpool University found that of the children who received the vaccination, 34 percent had a lower risk of dying from diarrhea. Such a promising statistic manifested the first major decline in Malawi’s infant mortality rate in decades.

Scientists from the University of Liverpool, University College London and Johns Hopkins University — alongside the help of Malawi health services — tracked the health and development of 48,672 infants following the implementation of the new vaccination program in over 1,800 villages. The data collected strongly advocated the incorporation of the rotavirus vaccination program in Malawi, as well as in other countries with high rates of diarrhea-caused deaths.

Despite the major health intervention brought by the rotavirus vaccination program in Malawi, some populous countries with high infant mortality rates have yet to adopt the program. Dr. Charles Mwasnsambo, Malawi’s chief of health services, asserts the value of vaccination programs by citing the study’s encouraging findings that show a large decrease in hospital admissions and a decline in infant mortality rates. Dr. Mwasnsambo told Global Citizen that he strongly believes the study to be a worthwhile investment.

According to the Rota council of the 10 countries leading in rotavirus-related deaths, only six have rotavirus vaccination programs like Malawi’s. These countries include Kenya, Afghanistan and Pakistan. Rota council members, Malawi healthcare providers and medical researchers are calling for widespread distribution of the vaccination, especially in countries with high infant mortality rates.

Given the success of the rotavirus vaccination in Malawi, medical researchers and several world leaders agree that combatting this illness goes beyond handwashing. Leaders must advocate for vaccinations and implement such a measure in foreign aid packages if they plan to share Malawi’s success and continue to combat alarming rates of rotavirus-related deaths globally.