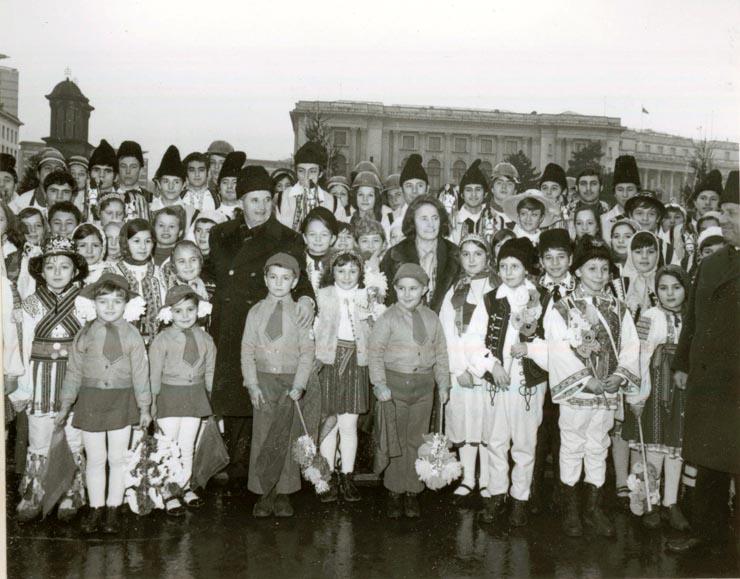 In January 1990, Daily Mail reporter Bob Graham was one of the first British journalists to visit a Romanian orphanage in Bucharest.  This trip unraveled the troubled history of Romanian orphanages. “Usually, when you enter a room packed with cots filled with children, the expectation is lots of noise, chatter or crying, sometimes even a whimper,” he said in an interview with Public Radio International in 2015. “There was none, even though the children were awake. They lay in their cots, sometimes two to each cot, sometimes three, their eyes staring. Silently. It was eerie, almost sinister.”

“They were inhuman,” he continued, recalling the living conditions of those he saw. “Stalls where children, babies, were treated like farm animals. No, I am wrong — at least the animals felt brave enough to make a noise.”

Journalists like Graham began to expose the nightmarish history of Romanian orphanages in December 1989. Their reports broke the hearts of the international community. As the haunting details of such places began to emerge, so did numerous charities, fundraising activities and adoption efforts.

The impassioned relief effort provided things such as blankets, powdered milk and toys. However, little improvement was actually made in the decade following the collapse of the Iron Curtain. Much of what defined the old, corrupt regime bled into the new government. Consequently, this interrupted any progress and left the abject conditions of orphans unaddressed.

When Emil Constantinescu was elected in 1997, however, a period of greater reform ushered in. Under his government, services were implemented that helped his countries’ parentless, such as establishing a new Child Protection Authority and promoting foster care. Since then, the system has made vast improvements. However, the living conditions of orphans remain problematic in Romania and throughout Eastern Europe to this day.

It all started with a decree.

The last Communist leader of Romania, Nicolae Ceauşescu, took a page out of the 1930s Stalinist dogma and enacted pronatalist laws to fuel his belief that population growth would lead to economic growth. In October 1966, Decree 770 was enacted. It forbade both abortion and contraception for women under 40 with fewer than four children.

Children born during these years are popularly known as decreței. Decreței comes from the Romanian word “decret”, meaning decree. Ceaușescu announced, “The fetus is the property of the entire society … Anyone who avoids having children is a deserter who abandons the laws of national continuity.”

After the decree, birth rates rose significantly from 1967 to 1969 to catastrophic numbers. Coupled with Romania’s poverty, this policy meant that more and more unwanted children were turned over to state orphanages. There, they were subjected to institutionalized neglect, sexual abuse, and indiscriminate injections to ‘control behavior.’

By the end of the 20th century, over 10,000 institutionalized children were living with AIDS due to neglect and failure to sterilize medical instruments. “Children suffered from inadequate food, shelter, clothing, medical care, lack of stimulation or education, and neglect,” a report by nongovernmental organization Human Rights Watch stated.

Disabled children suffered even worse conditions and treatment. Many were malnourished, diseased, tied to their own beds or dangerously restrained in their own clothing. When Western psychologists entered the mix in the 1990s, they noted stunning developmental problems in institutionalized orphans. Their traumatic experiences served a tragic experiment, showing what happens to children denied normal human relationships.

The Bucharest Early Intervention Project launched a 12-year study following 136 infants and children who had been abandoned in Romanian institutions. They discovered institutionalized children more slowly acquired language skills. They also lacked problem-solving and reasoning skills, compared to children raised in foster homes. Moreover, the study noted the brains of institutionalized children were smaller and they had lower IQs. Similarly, they had increased rates of psychiatric disorders, particularly emotional disorders like anxiety and depression. Institutionalized children also displayed abnormal social development. This supported the theory of a ‘sensitive period’ of acquisition–the narrow time frame for the development of particular skills to occur.

“For children being raised in any kind of adversity, the sooner you can get them into an adequate caregiving environment, the better their chances are for developing normally,” says Charles Zeanah, a principal BEIP investigator. Unfortunately, adopted Romanian orphans are still suffering in adulthood to this day.

Today, only one-third of Romania’s children are housed in residential homes maintained by the state.  Historically, Romanian orphanages had little to no recourse. Today, there are a few different ways they can receive the tender love and care they deserve.

Many of the problems today can still be traced back to Ceausescu. In aiming to create a race of Romanian worker bees, his policies precipitated the abandonment of thousands of children each year. Because parents could not afford to raise children, the state orphanage system grew. Many parents believed the state could better take care of their children. And unfortunately, such a mentality, especially among the poor, remains today.

The majority of Romanian children in the state system are in foster care. The state pays Romanian foster parents a salary to rear children. There are also ‘family-type’ homes, where five or six children grow up together. In regards to the more problematic, remaining institutional buildings–called placement centers–the government has made a public commitment to close them all by 2020.

Ultimately, many countries in Eastern Europe are fighting to decrease their orphans and orphanages. In Moldova, Europe’s poorest country, the orphanage population has dropped from 11,000 to 2,000 since 2011. In Georgia, the number of state-run orphanages dropped from 50 to two. Additionally, Bulgaria has focused its reforms on children with disabilities, finding family-style care for all in state institutions.

While it was once the region with the highest rate of children in orphanages, Eastern Europe leads the movement to empty them today.