El Salvador is pained by low levels of economic growth. From 2010 to 2016, real economic growth averaged only 2.6 percent, which makes El Salvador the nation with the lowest GDP growth in Central America. In 2016, 31 percent of the population lived in poverty, and the World Food Program estimates that 36 percent of the rural population lives in poverty.

Poverty and Environment in El Salvador

Thirty percent of the El Salvadoran population lives on the coast. El Salvador’s Pacific coastline is highly vulnerable to the combination of sea level rise and El Niño events. In fact, it is expected that 10 to 28 percent of the Pacific Coastline will be inundated permanently by the end of the century.

El Salvador’s current economic and political climate is predominantly shaped by the war on drugs, civil war and multinational corporate resource exploitation. EcoViva, a California-based community building organization, supports grassroots movements in El Salvador to alleviate the effects of these legacies in its partnered communities.

Thankfully, the organization EcoViva generates stability through community-led initiatives. Since its inception in 1996, EcoViva has worked with communities in the Lower Lempa River Estuary on the precipice of sea level rise. This at-risk location is in El Salvador’s northern mountain range and the Bay of Jiquilisco Biosphere Reserve.

The Diversified Agriculture Program was created by the Mangrove Association, a partner of EcoViva, to reduce hunger and malnutrition experienced by communities in southeast El Salvador. The program provides free training and technical assistance to 120 farmers over a five-year period. The Mangrove Association also distributes 120,000 free organic vegetable seeds and fruit tree saplings to small-scale farmers each year.

The farmers are trained in permaculture, embracing practices that increase yields, diversify production and improve soil quality. These same practices protect the groundwater from chemical pollution and safeguard one of El Salvador’s last intact mangrove ecosystems in the nearby Bay of Jiquilisco, combatting a steady stream of chemical pollutants into the bay from industrial agriculture.

Empowerment and Education of Young People

Since 2002, EcoViva has supported youth programming in the Lower Lempa region of El Salvador, reaching a total of 500 youth. The programs reflect the needs of local youth so as to include leadership training, capacity building and educational opportunities.

Recently, youth have become entrepreneurs, putting their education and leadership training into practice by creating economic opportunities for themselves and other members of their community.

In 2001, EcoViva drew up three initiatives to bring about a gang truce in the partnered communities. One of the initiatives saw EcoViva help reintegrate former gang members into their communities by giving them the ability to remove their tattoos.

This initiative reduced the risk of former gang members becoming targets for gang violence and police repression; fortunately, 12 years have passed with virtually no gang-related violence in EcoViva partner communities.

EcoViva has been quite successful in its programs with partnered organizations and communities in El Salvador. In fact, 4,735 acres of mangroves are currently protected by community patrols; villagers and volunteers have build 94 composting toilets to decrease groundwater pollution and life-threatening illnesses; and 84 communities are equipped with an Early Warning System for disaster response. EcoViva generates stability through community-led initiatives, and other nations and organizations would do well to follow in its admirable footsteps. 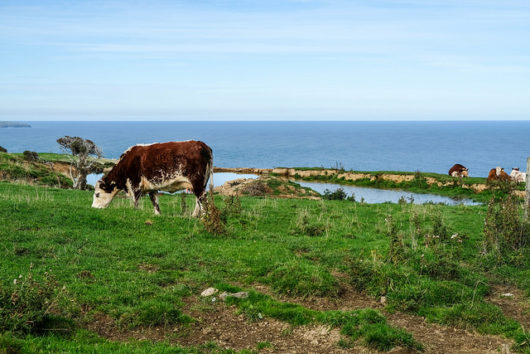 One of the many effects of climate change concerns the rising of the world’s oceans. As both climate scientists and one country’s president realize, Kiribati, a low-lying nation in the Pacific Ocean, will likely become non-existent within the upcoming decades.

Kiribati is home to some 100,000 people. Located in the Pacific Ocean between Australia and Hawaii, it consists of 33 small islands and atolls scattered over an area the size of India.

On average, the nation loses 3.7 millimeters of land a year due to rising water. President Anote Tong said the country could be completely uninhabitable within less than 60 years.

In fact, the county has already purchased nearly 6,000 acres of land in Fiji to address economic and food security issues. The government said in a May press release that the land is “an investment by the government to explore options of commercial, industrial and agricultural undertakings.”

Since 1880, global sea levels have risen nearly 10 inches. By the end of the century, scientists believe the seas could rise nearly three feet.

One of the islands in the country is Tarawa, known by most of the world as a World War II battle site among the Japanese and Americans. Because so much of the population lives on top of the island’s main water lens, where fresh drinking water lies, it is difficult for the island’s inhabitants to find a place to defecate. Health officials estimate that nearly 60 percent of Tarawa residents defecate outdoors.

Since the nation may soon be completely submerged, the government has found it difficult to find any substantial investors. In fact, the U.S. does not have an ambassador for the country. Instead, the U.S. ambassador of Fiji also serves Kiribati, Nauru, Tonga and Tuvalu.

Moreover, for the Kiribati residents who may choose to evacuate the country in the coming years, the situation may become difficult.

In the past, New Zealand permitted 75 Kiribati citizens into the country each year so long as they met the necessary visa requirements. However, the country recently ruled against a Kiribati man who requested to become a refugee in the country on the grounds of climate change.

Yet, much of the country is increasingly skeptic of climate change due to religious purposes. In a census several years ago accounting for over 90,000 Kiribati citizens, only 23 stated they did not follow a religious practice.

In an interview conducted with Businessweek, Tong said the Western world has not focused enough attention on effects of rising oceans and climate change.

“Ecoterrorism is equal to terrorism,” he said. “This is a kind of terrorism that is more dangerous in one way, because it is treated as legitimate and acceptable. Maybe 10 years ago, they didn’t know what they were doing. But it’s not an excuse any longer.”