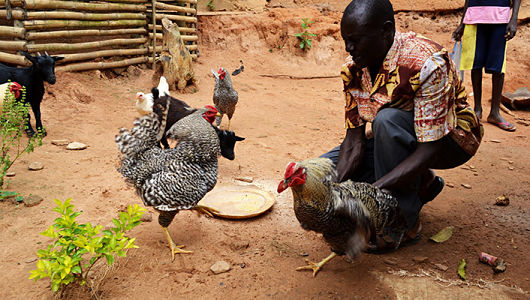 Ghana halved the number of people living in extreme poverty before the 2015 Millennium Development Goal (MDG) deadline, but many of the challenges remain in certain parts of the country. In the northern region, poverty needs to be reduced by 11.7 percent to meet the target; in the upper west region, it needs to be reduced by 41.8 percent.

Since 1996, the proportion of undernourished people in Ghana has dropped from 23.5 percent to 2.9 percent. However, the prevalence of underweight children under five years of age hasn’t changed much since 2007.

In July, seven District Chief Executives decided to join the USAID project “Resiliency in Northern Ghana” (RING), for one year. RING is a $60 million contract and is a part of USAID’s Feed the Future Initiative. The goal of RING is to reduce poverty in Ghana and improve nutrition in vulnerable populations.

USAID will focus on the lives of rural families by improving livelihoods and nutrition, with a goal to improve the nutritional status of children under two years as well as women. In return, the RING project will increase income for households, access to credit, community safety nets and output from agricultural activities.

By 2017, there will be a 20 percent reduction in stunted, wasting and underweight children.

Agricultural production is important in order to reduce poverty in Ghana. About 88 percent of livelihoods in northern Ghana rely on the production of crops, and 63 percent of all northern citizens live below the poverty line.

Other USAID projects focused on improving the quality of life in Ghana are the Systems for Health project and the Strengthening Partnerships, Results and Innovations in Nutrition Globally (SPRING) project.

Feed the Future strategizes these projects by linking agricultural production to income. It acts by improving production methods to reduce harvest loss and bettering output for rural farmers, specifically in the northern regions where farming is more prominent.

USAID has reached more than 324,000 children and has improved their nutrition in order to reduce stunting and child mortality.

Reducing poverty in Ghana was achieved by lowering the national rate from 52 percent to 28 percent. Due to regional disparities, poverty is more prevalent in the north and needs sustainable agricultural methods to increase food security and catch up with the rest of the country.