Tag Archive for: Rights Up Front 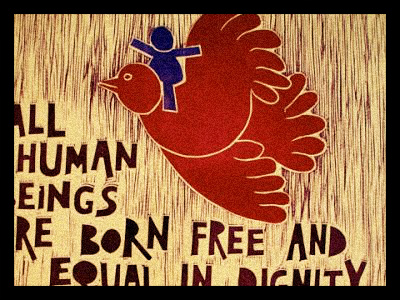 The Human Rights Council has recently called for its 25th meeting, which will run in Geneva, Switzerland until March 28. The specific focus of this meeting is cited to be the protection of human rights advocates themselves, as a pursuit of rights for those members of civil society who pursue justice.

This uniquely focused meeting seems to be motivated by current events and will include commissions of inquiry on the Democratic People’s Republic of Korea, Syria, South Sudan and the Central African Republic. It is especially pertinent considering the current violent situations in the Ukraine and Venezuela, which have both separately seen similar human rights abuses against advocates.

More general presentations on topics such as genocide and corporal punishment are also expected.

Citing the United Nations’ responsibility to support those who contribute to its work, Secretary-General Ban Ki-Moon stated at the opening that, “No one should have to risk their life standing up and speaking out on violations of human rights and international law.”

The Human Rights Council is a subset of the U.N. and an amalgamation of 47 member states, created in 2006 as a means to exercise the full extent of the U.N.’s movement to protect people globally against tyrannical and abusive governance. Its meetings are known for their thematic organization around various timely issues as well as a complain procedure allowing individuals and organizations to bring attention to various situations of abuse.

The council is responsible for the “Rights Up Front” campaign, launched to ensure the status of human rights as the U.N.’s top priority. Additionally, the uniquely internal focus of the current meeting is hoped to set the stage for the new international development agenda, following the approach of the Millennium Development Goal’s 2015 deadline.

According to an official statement made at the 4th meeting in 2007, the council is founded around the philosophy that “All victims of human rights abuses should be able to look to the Human Rights Council as a forum and a springboard for action.”

In addition to the rights of political activists, the Council hopes to discuss impunity against perpetrators, and the marginalized voices of those who live in poverty. Members hope that these will be essential tools in attaining the rights of advocates, who often operate under oppressive fear and silence within civil society.

U.N. High Commissioner of Human Rights Navi Pillay stressed the importance of advocacy as a public force to ensure security, expressing that, “We need to work together to ensure the space, voice, and knowledge of civil society is nurtured in all countries.”