Tag Archive for: Right to Food 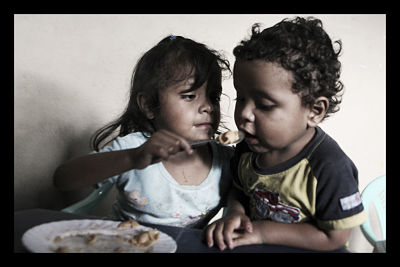 Food is necessary to survival and proper nutrition. We all need it. It’s that simple. But despite its importance, access to food is still not universally viewed as a human right. The United Nations (UN) wants to change that.

De Schutter recently released a report in support of his position, entitled, “Assessing a decade of right to food progress.” In his report, De Schutter states, “Often, we labour under the misconception that the right to food is not like political rights, such as freedom of speech. But economic and social rights — to food, water, housing, social protection — are just as real, just as binding, and can be upheld just as legitimately in court.” South Africa, Kenya, Mexico, and Niger have already included the right to food in their constitutions.

By making the right to food a priority, countries can eventually begin to see long-lasting changes in the political, economic, and environmental sectors, De Schutter suggests. Eventually, these changes can help serve as permanent safeguards against widespread hunger. De Schutter believes countries should revise their laws, incorporating nutrition policies that attempt to take responsibility for the food supply.

India’s recent food policy is an example of how policy changes can help ensure the legal right to food. The north eastern Indian states of Assum, Arunachal Pradesh, Meghalaya, Manipur, Mizoram, Nagaland, and Tripura are expected to begin implementing the country’s National Food Security Act around the middle of 2014.

According to First Post India, state food ministers have taken the first steps toward the construction of an administration building for the state-run Food Corporation of India. The food law, passed by Parliament last year, will give 67% of the population the right to subsidized food grains. India will need 62 million tons of food grain annually in order to implement its food law.