Tag Archive for: right to education 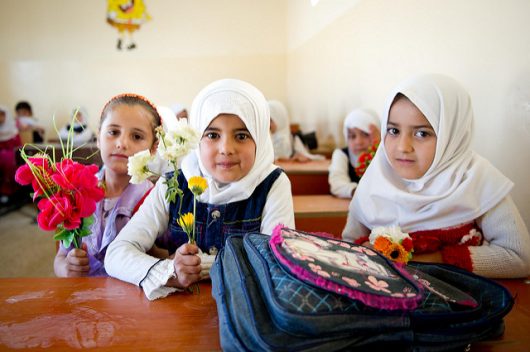 Once regarded as having one of the best education systems in the region, Iraq has had a difficult history with its education. From 1970 to 1984, Iraq had achieved multiple accomplishments, such as lowering the rate of illiteracy in children ages six to 12 to less than 10 percent and having an equal inclusion of genders in the classroom. Since then, girls’ education in Iraq has faced significant setbacks.

How Education in Iraq Fell

The war with Iran in 1980, the Gulf War in the 1990s and the 2003 Invasion of Iraq have greatly damaged the once inspiring education system. With one in five schools destroyed and unusable, teachers having to work double shifts for smaller pay and nearly 3.5 million children irregularly attending, Iraq’s education has hit a low point. Unfortunately, girls’ education in Iraq seems to have been affected the most.

Pushback Against Girls’ Education in Iraq

Many Iraqi families see education as a dangerous thing for their daughters. Through learning critical thinking skills and how to read and write, many families worry that their daughters will fall into an unhappy marriage. With 30 percent of Iraqi girls in rural areas never even attending primary school and illiteracy rates twice as high with women than with men, it is clear that girls’ education in Iraq is of high necessity.

One girl relayed on an Iraqi radio show what her father had told her. “If a girl studies too much, it will just make people get divorced,” she claims he said. “If my daughter goes to university, she will become very stubborn. Her husband won’t like this, and will eventually divorce her.”

Potential for the Future of Education

However, with the battle over the city of Mosul finally coming to an end, education for Iraqi children, especially girls, might finally be improving. UNICEF has been supplying desks, chairs and other necessary supplies to schools where the teachers have long been the ones supplying these needs, even when those teachers have not been paid in three years.

One school receiving help is Saint Abdul Ahed School for Girls. Even though the school has no electricity or running water and only 17 teachers on staff, it manages more than 1,100 girls. Each and every one of the girls is eager and ready to come back to school, though.

Rawan, 11, explained just how important being able to come back to the classroom was for her. “We have to learn to develop our thinking so we can build our future, and our country,” she says.

One teacher at the school shared with UNICEF how enthusiastic her students are. “The kids are overjoyed to come back,” she says. “Education heals.” Saint Abdul Ahed is only one of many schools within Mosul that has been able to reopen thanks to UNICEF. 100 other schools have also been reopened, serving 75,000 children.

While many of these schools deal with overcrowding, lack of electricity and water and overworked teachers with little pay, the dedication to improve girls’ education in Iraq is inspirational. With continued work, young women will soon be able to receive the same rights to education as their male counterparts. 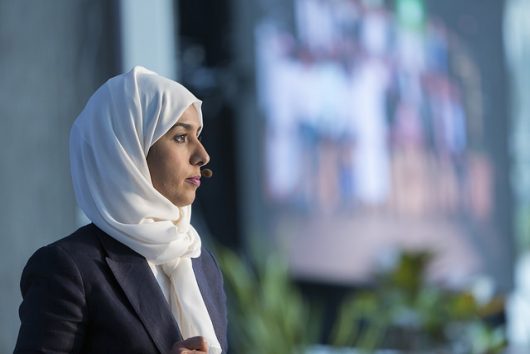 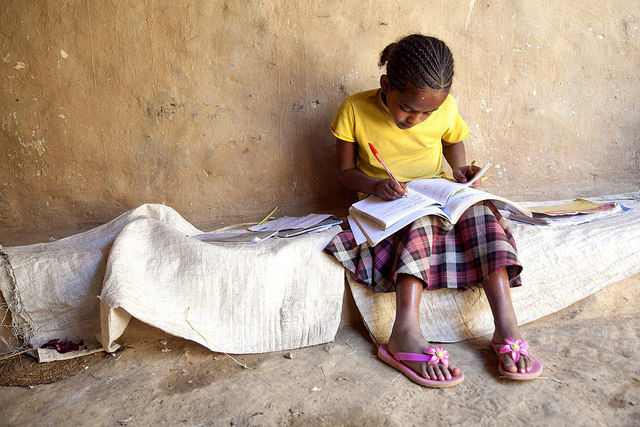 Today, one in six children ages three to 15 are directly affected when a country experiences conflict and crisis. This number in itself explains why education matters, especially for these primary and secondary school-aged children.

According to the U.N.’s tracking of Millennium Development Goals (MDGs), “in countries affected by conflict, the proportion of out-of-school children increased from 30 percent in 1999 to 36 percent in 2012.” In 2015, in succession to the MDGs, the U.N. established the Sustainable Development Goals (SDGs). The new SDGs pledge to “ensure inclusive and quality education for all.” This objective exemplifies the international importance of the universal human right to education.

So, if all people have the right to education, why are children in conflict left out?

The World Economic Forum found a recent OECD report that details why education matters economically. According to the report, “providing every child with access to education and the skills needed to participate fully in society would boost GDP by an average 28 percent per year in lower-income countries.” Conflict and crises have an expensive effect on the economy of the affected country. From 2011 to 2016, for example, the war in Syria exacerbated cumulative losses of $226 billion to the country’s GDP. The correlation between conflict and the economy is buffered when access to education persists.

The World Economic Forum points out that there are 37 million out-of-school children and youth in countries affected by conflict and crisis. This translates to about 33 percent of out-of-school students across the globe. The Global Partnership for Education (GPE) estimates that it will only cost $74 annually to educate each child affected by conflict and crisis. If these students remained in school during times of crisis, the economic consequences, like in Syria, might not be so drastic.

An infographic published by the GPE looks at the relationship between education and conflict or crisis. When a conflict or protracted crisis arises, no matter what the cause, schools are commonly destroyed or used for strategic purposes. In Yemen, BBC reports, “more than 1,700 schools are currently unfit for use due to conflict-related damage, the hosting of displaced people or occupation by armed groups.” During violence and rebellion, children and teachers are targeted and forced to flee. Education suffers immensely as a result of conflict and crisis and is difficult to reestablish.

The GPE infographic contrasts the detrimental effects of conflict and crisis to education with the promising relief education can bring in these situations. For each year of education, the risk of conflict reduces by 20 percent. And, if the average secondary school enrollment rate increases by only 10 percent, the risk of war will reduce by three percent.

When nations experience tension like conflict or protracted crisis, education empirically suffers. However, if education can become a developmental focus, as in the U.N. SDGs plan, the risk of conflict and crisis in developing countries can correspondingly decrease. From encouraging future growth to maintaining socioeconomic homeostasis, it is easy to see why education matters, especially in times of crises and conflict.