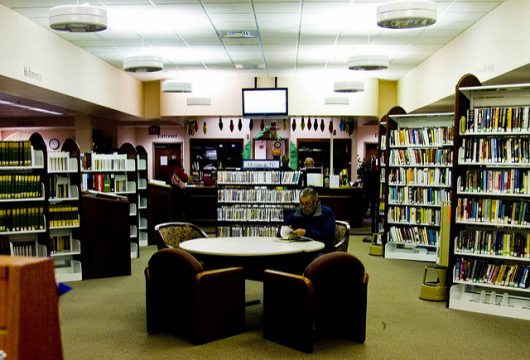 The need for educational opportunities in Central America has not gone unnoticed. The Riecken Foundation was established to address this need.  Since building its first library (the first of 65), the organization has paved the way for literacy and access to knowledge in Honduras and Guatemala.

For nearly 20 years, the Riecken Foundation has been building a network of community libraries across Honduras and Guatemala in often underserved, rural areas. Following a unique organizational model, the foundation has found long-term success by establishing libraries under strong community governance.

The foundation was born in 2000 out of the efforts of Susan Riecken and Allen Anderson. In the 1960s, Anderson worked as a Peace Corps volunteer in Honduras, and his experiences in Honduras stayed with him over the years. Upon his retirement from venture capitalism, Anderson partnered with Riecken to address the educational needs of Honduran and Guatemalan villages and to promote literacy in developing parts of the world.

Educational opportunity is limited in Honduras and Guatemala and contributes to poverty in both countries. Nearly one in five Hondurans live in extreme poverty, and, for many Honduran students, the chance of dropping out of school or repeating a grade is high. In Guatemala, 23% of the population lives in extreme poverty. Educational quality is poor, and, as a result, fewer than half of students meet national standards by sixth grade.

The Riecken Foundation exists to address these issues and much more. A Riecken community library provides a village with access to books and other free resources, such as technology, youth programs and technical workshops that would otherwise be unavailable.

For those in rural areas, the library becomes a place to explore diverse ideas and develop community projects. The community is directly involved in the success of their library, and their active engagement in its success creates a sense of prideful ownership over it.

The Riecken Foundation has found that the libraries promote literacy and a better understanding of local government institutions and transparency. It is with this understanding, along with greater access to knowledge and resources, that rural villages in Honduras and Guatemala can begin to move away from poverty and toward a stable environment that fosters growth and prosperity.