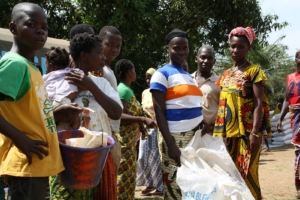 The third factor that can lead to child marriage in the Ivory Coast is adolescent pregnancy. In fact, according to Girls Not Brides, one in four women have their first child before the age of 18 and after pregnancy, many end up in a forced marriage. This attitude towards marriage ties into traditional religious beliefs that many leaders in the Ivory Coast have promoted. Many communities still abide by traditional beliefs regarding child marriage instead of the actual law.

Between 2013 and 2015, the national government tried to enforce a plan to engage the community and religious leaders to address the child marriage issue. The President endorsed the plan. However, it fell through due to a lack of resources and budget.

Réseau Ivoirien pour la Défense des Droits de L’Enfant et de la Femme (RIDDEF) is a local non-governmental organization that originated in 2013. It has committed itself to women’s and children’s rights in the Ivory Coast. In partnership with the Embassy to Canada in the Ivory Coast, RIDDEF conducted a project addressing child marriage. RIDDEF brought sexual education campaigns to more than 20 schools and reached more than 6,000 students.

In addition, RIDDEF started a program where older women are partnered with younger girls to talk through sensitive conversations. The project also mobilized community leaders in both religious and education sectors to speak out against child marriage.

Ending child marriage means granting human rights to young people and especially young girls. When progress on the governmental level is slow, tackling issues that have direct impacts on the child marriage rates such as increasing education and shifting traditional attitudes are crucial.

In addition to improving human rights, ending child marriage could lead to more economic and social opportunities. Therefore, there is great potential for both social and economic growth in communities within developing nations such as the Ivory Coast.