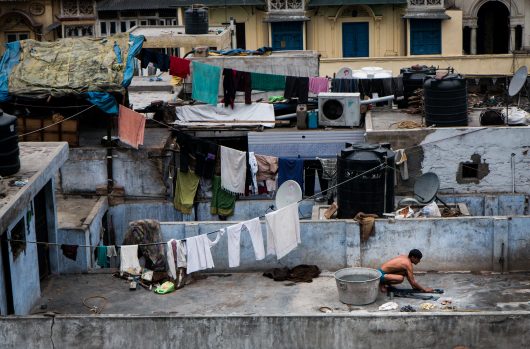 Life expectancy is a reliable parameter of development that reflects a country’s state of healthcare, population structure and development of treatment alternatives. Recently, researchers have revealed that inequality in incomes can result in a large divide in life expectancy between rich and poor societies.

While this particular study was conducted in the United States, several other countries show similar results. For instance, an article published in The Lancet compared life expectancy for several districts belonging to England and Wales. The results revealed that the more economically prosperous districts in London had better life expectancy compared to districts in North-West England such as Liverpool and Blackpool.

So what creates the disparity between richer and poorer societies? An important causative factor is the level of healthcare in different countries. Poorer societies are likely to have access to a limited array of healthcare facilities, and may not be able to afford these services. As a result, individuals in poorer communities are excluded from access to life-prolonging treatment which can not only enhance life expectancy but also improve the quality of life.

An improvement in life expectancy is likely to benefit older population groups proportionately more. Thus, efforts to narrow the life expectancy difference should focus on improving health outcomes in the aging population. This can be achieved through an improvement in pension schemes. It is important to ensure that retired individuals receive sufficient stipend that will comfortably grant them access to healthcare resources.

Statistics published by the World Health Organization suggest that a boy born in 2012 in an economically developed country can expect to live approximately 16 years more compared to a boy born in a developing country. A larger difference of 19 years is expected for women, who typically have longer life spans in developed countries worldwide.

The WHO attributes the better life expectancy of economically flourishing countries to greater control over non-communicable conditions such as heart disease. This is done through timely monitoring of blood pressure, cholesterol levels and other aspects that help optimize management and reduce a risk of life-threatening crises.

By setting up regular health screening programs in rural communities, chronic conditions can be detected at a stage where they can be managed appropriately, without adverse side effects. Individuals can be encouraged to acquire control over their own health by implementing lifestyle alterations and becoming compliant with recommended treatment.