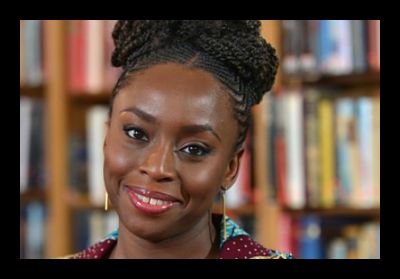 We are all guilty of perpetuating stereotypes that create a single story, whether it’s intentional or not. In “Danger of a Single Story,” novelist Chimamanda Adichie puts it best: “Show people as one thing over and over again, and that’s what they become.”

In this TED Talk, the Nigerian author warns that we risk a very critical and very cultural misunderstanding when we forget that everyone’s lives and identities are composed of many overlapping stories.

What is the Danger of a Single Story?

When we hear the same story over and over again, it becomes the only story we ever believe. And this stands especially true for the story of Africa.

Too often do we hear this version—Africa, the poorest “country” in the world where only rural landscapes exist and where people live in terror amongst wild animals.

Too often do we treat Africa as one narrative, one we have fostered over generations and generations, becoming so institutionalized that even those who graduated from universities will sometimes slip and refer to Africa as a country or their language as “African.”

This is the danger of a single story, and it brings to mind a quote by American writer Alvin Toffler: “The illiterate of the 21st century will not be those who cannot read and write, but those who cannot learn, unlearn and relearn.”

We must learn to unlearn these perpetuated stereotypes in order to allow ourselves to see that there is more than this one narrative to Africa—to anything, really.

Adichie’s novels are inspired by Nigerian history, telling the forgotten stories that generations of Westerners fail to repeat.

However, she reminds us that we must not only seek diverse perspectives, we must also tell our own stories, ones that only we can tell about our own personal experiences.

What she hopes to follow are the first signs of crumbling of clichés and stereotypes, something that’s long overdue but never too late a process to begin.

Adichie’s “Danger of a Single Story” is one of the most powerfully crafted speeches ever given, one where every single word counts.