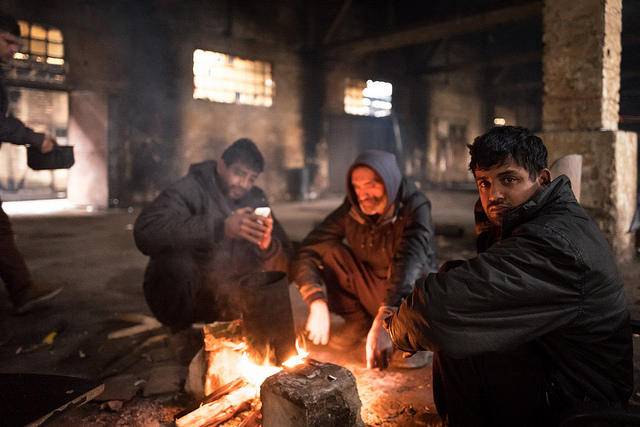 In a world where social media makes it easier than ever to know exactly what your friends and family, not to mention complete strangers, are doing, it should not be a luxury to know where your loved ones are. However, the very same world is also witnessing the highest levels of displacement on record.

The U.N. Refugee Agency estimates that there are currently 65.6 million forcibly displaced people worldwide. But those people are more than just a number. Every one of those individuals is someone’s mother, father, son or daughter. And each of them deserves to know where their family is.

After being uprooted from their homes and shuffled back and forth between camps all over the world, refugees know all too well how easy it can be to become separated from your family. Reuniting displaced refugees can be a daunting task. Many of these people do not have regular access to phones or the Internet, let alone official documents of identification.

But the Internet can be a powerful tool. Refugees United, or REFUNITE (RU), is a new kind of platform working to connect family members escaping disasters, persecutions or conflicts who have ended up in different parts of the world, sometimes completely alone. Founded in 2006 by two Danish brothers, Christopher and David Mikkelsen, REFUNITE aims to be a sort of “Google for refugee search.”

In the past, most United Nations agencies have tended to rely on the International Committee of the Red Cross, the global network of Red Cross organizations. However, due to privacy reasons the Red Cross and the United Nations are restricted from looking at one another’s databases, leading to a lot of inefficiencies.

While the Red Cross system has helped tremendously in reuniting displaced refugees with their families, the system requires individuals to apply for help from a third party to conduct the searches. The staff of national Red Cross societies does most of the tracing by responding to requests from other countries. However, without a global database, people looking for family members are forced to guess which countries to search.

“We didn’t want to be the kind of NGO that is a third party providing help to refugees,” RU founder David Mikkelsen said. “We wanted to give them the opportunity to take control of their situations and help themselves – and give NGOs another tool to help.”

RU went live in May 2010. The first words of the registration page read: “We do NOT recommend the service of Refugees United to people at risk of being traced by potential persecutors.” Once a username and password are established, a profile is created. The site stresses anonymity, reminding people “Everyone can see the information in your profile. Use nicknames, initials or information only known by your family.”

Users then input the last known location of family members as well as exclusive information that only loved ones would know, such as birthmarks or favorite foods. These steps can be left blank if desired, and the database can be searched without registering an account. But as a search platform, RU’s success depended on the power of networks: in order to be effective, REFUNITE needed to attract as many users as possible.

As of October 2017, over 750,000 refugees are registered on the platform, making it the largest missing refugee database. Today, REFUNITE operates across 17 countries with 16 technology and mobile carriers with access to around 370 million mobile subscribers. Now, United Nations organizations and refugee groups work with REFUNITE, such as the International Rescue Committee, as well as Facebook.

Getting the word out about REFUNITE is still the biggest challenge in reuniting displaced refugees. However, with the web platform available in 12 languages and text services in five, the organization is making its way to becoming accessible to refugees who speak hundreds of languages across the world.