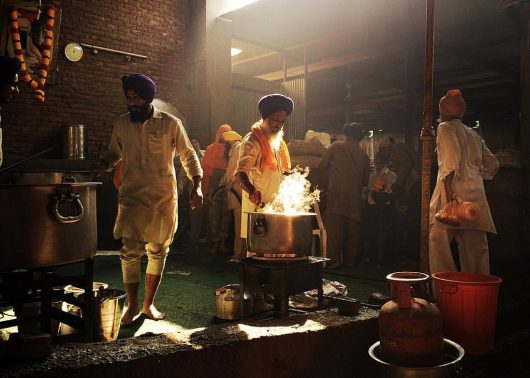 Despite achieving economic growth, hunger in India continues to impact close to 15 percent of the country with 194.6 million people considered malnourished. The Food and Agriculture Organization of the United Nations found that India is officially the hungriest country in the world by population as of 2015.

However, a solution may be on the horizon thanks to technological innovation in the form of inventory management software. These new logistics programs can help cut down on the amount of food wasted in order to more efficiently allocate resources to those in need.

Up to 40 percent of fruits and vegetables, as well as 20 percent of grains never reach the hungry mouths of the Indian people due to meager infrastructure in food storage facilities. On top of driving hunger in India, this wasted food also has adverse effects on the environment.

Garbage dumps full of unused food release millions of tons of excess methane gas, polluting the air and harming India’s natural landscape. Additionally, there are billions of gallons of wasted water, as it is needed to cultivate the food that ends up in these garbage dumps.

This is an especially devastating loss considering that India, which contains 17 percent of the Earth’s population, barely has access to 4 percent of the world’s freshwater resources.

An official from Rethink Food Waste through Economics and Data told the Times of India, “Reducing food waste would have a game-changing impact on the natural resource depletion and degradation, food insecurity, national security and climate change.”

Inventory management software can amend this situation in a variety of ways and hosts many great features that can aid any food retailer small or large. A system that is working well can help keep track of not only what is in stock but also what needs to be ordered and when it will arrive.

Dollar-control systems show profit margins on any item in an inventory as well as utilizing unit-control systems to keep detailed information on different food products cataloged and easily accessible.

All of this makes it easier to not only anticipate a deficit or surplus of product categories but also to have orders ready to arrive when needed as well. Deskera, a cloud-based software company, has confirmed in a study that small and large businesses could implement this type of software to reduce waste, hoarding and even discourage the need for black-market trading.

Technology comes in many forms and does not have to be complex or costly to combat hunger in India or the rest of the world. Affordable technologies such as inventory management software can be easily implemented to create major change in the way Indians manage, distribute and cultivate their food.