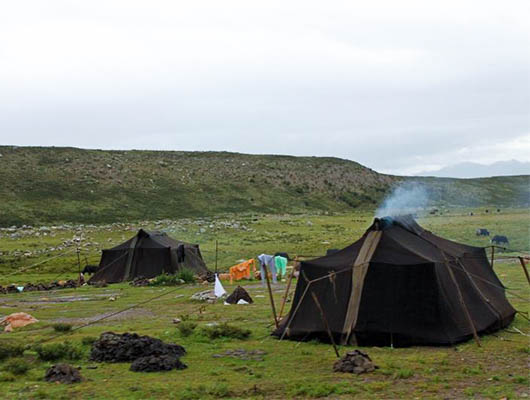 Nomads of China’s Western regions are the latest subjects of the government’s restrictive policies. Over the past fifteen years, the government has relocated over 1.2 million herders whose ancestors roamed the plains of Inner Mongolia for thousands of years. Many of these herders and their families have been relocated to cities in Qinghai Province, where, according to the government, they will have improved access to schools, electricity, and medical care.

This policy is not as ideal as it is portrayed. Many herders are forced to sell their livestock and are resettled in isolated towns on the edges of the countryside. In towns such as Xinlinhot in Inner Mongolia, illiterate former herders are unable to acquire the skills necessary to work at mills and factories and are left in unemployment and desolation. The annual government stipend of $925- good for only five years- allows them to feed and clothe their children, but leaves little room for anything else. Government-provided milk cows, native to Australia, are not adapted for the brutal winters of Inner Mongolia and often do not produce milk for their owners’ profit. After the stipend runs out, these unemployed, unskilled, displaced families don’t know where they will turn. Uprooted from their lives, these nomad families have to adjust to life in a cash economy while simultaneously profiting from it.

In these grim, shoddy townships, many homes lack toilets and running water and are often hastily built with leaky roofs. Anthropologists who study such relocation communities cite unemployment, alcoholism, and alienation from a new way of life as outcomes of the government’s projects to relocate an entire indigenous culture.

Since the beginning of consolidated Chinese rule, the Western hinterlands have attracted fear and confusion. Populated by ethnic minorities such as the Uighurs, Kazakhs and Manchus, these groups have resisted assimilation and heavy-handed rule for decades.

Other government attempts at Western assimilation have been their “Go West” program, which encouraged the Han majority to move West and provided funding to build up the infrastructure of western provinces. Many suspect this new relocation is an effort not to economically support the rural West, but instead force its dependence on the eastern coastal cities for welfare.

Meanwhile, millions of herders and their families lie in anxious wait of what will come next. Forced into a new way of life dependent on a cash economy and far from the independence of the plains, they have little knowledge on how to alleviate the poverty they are living. “This is not a place fit for human beings,” said one. Until change is enacted, they will continue on in their impoverished houses on the outskirts of the lands and lives that helped them thrive.