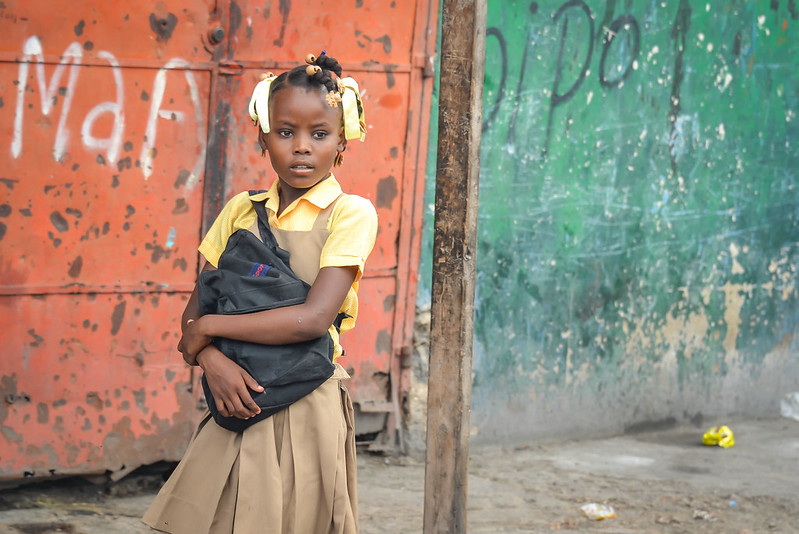 Child trafficking in Haiti is prevalent. As of 2021, the U.S. Department of State ranks Haiti as a Tier 2 Watch List country in terms of the minimum standards to eradicate human trafficking as laid out in the Trafficking Victims Protection Act (TVPA) of 2000. Since the onset of the COVID-19 pandemic, the Haitian government has struggled to combat the exploitation of children in domestic servitude, also known as restavek. However, several organizations are advocating and taking action to prevent child trafficking.

The Haitian-Dominican border has a high prevalence of child trafficking. Within Haiti, about 60% of people lived in conditions of poverty in 2020, according to the World Bank. Because of Haiti’s high poverty rate along with high unemployment rates, parents resort to sending their children across the Haitian-Dominican border in an attempt for them to secure a chance at a better life.

Parents entrust their children to strangers to get them across the border safely. However, these strangers exploit the children’s vulnerabilities and traffick them.

In August 2020, officials arrested a man on suspicion of trafficking five children across the Haitian-Dominican border. Likewise, a few years prior, in September 2017, Haiti officials rescued a 15-year-old girl named Prospélanda from being trafficked across the Haitian-Dominican border by a woman luring her with the promise of work and a better life.

Impact of the COVID-19 Pandemic

The Haitian-Dominican border has always been a hotspot for the exploitation of children. However, trafficking rings are now using the COVID-19 pandemic to their advantage. Haiti already ranks as the most impoverished country in the Western Hemisphere and the COVID-19 pandemic exacerbates existing conditions of poverty even further. With rising poverty comes rising vulnerabilities for people enduring dire economic circumstances.

In particular, traffickers target children because of their vulnerabilities, often promising them a better life in the Dominican Republic. In the hopes of a better life, according to InSight Crime, about 50,000 children cross the Haitian-Dominican border annually with a high likelihood of finding themselves in a child trafficking ring.

In 2014, the government implemented the Anti-Trafficking Law (TIP), which criminalizes human trafficking. A trafficker can serve a sentence of between seven to 15 years in prison and pay a fine up to an equivalent of almost $21,000. For child trafficking cases, punishment can include life imprisonment.

Although the U.S. Department of State has ranked Haiti as s Tier 2 Watch List nation, meaning it “does not fully meet the minimum standards for the elimination of trafficking,” the Haitian government is making efforts to combat child trafficking in Haiti.

In 2020, the Haitian government began investigating three trafficking cases in hopes of prosecuting traffickers, a significant decrease from nine cases in 2018 as well as 2019. However, “[t]here were 21 total human trafficking cases pending in Haitian courts at the end of the reporting period” for the 2021 Trafficking in Persons Report.

Lovely lived as a restavek for years. Her host family made her work hard with no pay. Her host family also did not allow her to go to school, but with Restavek Freedom’s help, Lovely is now free from that situation. Now, Lovely is reunited with her family and goes to school. She wants to be a doctor when she grows up so she can help others as Restavek Freedom helped her.