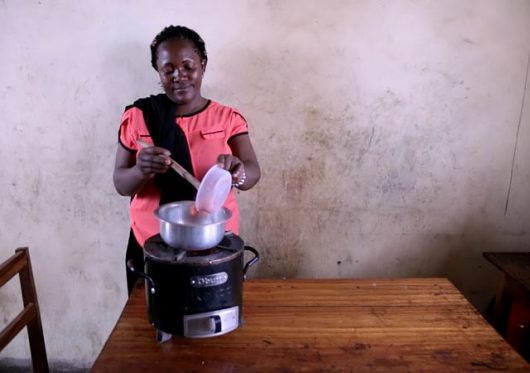 In Kenya, only 20 percent of the nation’s 47 million inhabitants have access to electricity. In rural areas, that number is even more drastic – only seven percent of the rural population has access to electricity. Consequently, the majority of the nation’s inhabitants, especially those in rural areas, are dependent upon biofuels, such as coal and charcoal, to power their lives.

These biofuels are often used in immense quantities for a very specific task – cooking – as 84 percent of the population relies on wood or charcoal cookstoves. These stoves require such immense quantities of fuel that, in fact, a Kenyan household can often expect to spend about $500 per year on charcoal alone; this is an entirely unsustainable expense that can lead to bankruptcy for impoverished families.

This immense reliance on biofuels has also contributed to the massive deforestation the nation has faced. Only two to three percent of the land remains forested today, leaving the environment susceptible to irregular rain patterns and soil degradation, both issues that undermine agricultural abilities and thus undermine the economy. Further, the reliance on biofuel cookstoves in Kenya costs the nation at least 5,000 children a year, as the children catch respiratory infections caused by smoke from the stoves.

All of this is exactly why the clean cookstove revolution has entered Kenya. Organizations like the Global Alliance for Clean Cookstoves have catalyzed the efforts to diversify cooking options in order to combat the effects of traditional, expensive, and ultimately dangerous biofuel cookstoves.

Further, the first-ever clean cookstove manufacturing facility in Sub-Saharan Africa has settled in Kenya. This facility, run by BURN – a clean and affordable cookstove company – employs over 100 Kenyans in the effort to invigorate the economy with localized production and employment.

Though BURN’s cookstoves still use biofuels, they are incredibly efficient, cutting fuel consumption by over 56 percent, which ultimately saves Kenyans up to $250 a year. They also reduce carbon emissions by 65 percent, which not only helps to improve air quality on the whole, but also minimizes the respiratory risks associated with biofuels.

Thankfully, it is clear that although the clean cookstove revolution is relatively young, it is on its way to changing cookstoves in Kenya for the better. BURN is only a single company, and yet it is projected that in the next 10 years it will have generated 3.7 million clean biofuel cookstoves. This essentially means that at least 3.7 million households will be able to improve their finances, environment and health. And they are only a single company; imagine the impact that all similar companies will have in conjunction. Thus, there is a very bright light gleaming ahead for Kenyan cookstoves, and it is a clean light at that.