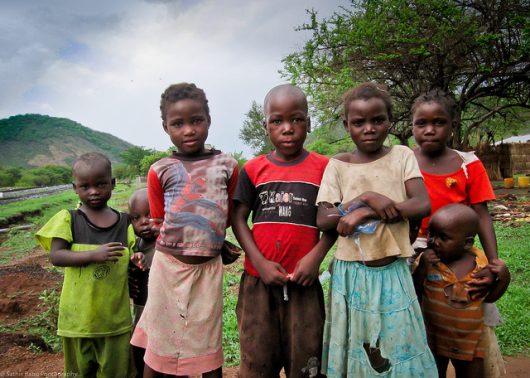 Mozambique, like many African countries, has suffered greatly from colonization, its conflicted wars of independence from their European oppressors, as well as the influence of the Cold War, where people were uncertain which form of government would bring their communities the most prosperity. The causes of poverty in Mozambique are similar to those of other African countries, but some are quite different.

Bunching an entire continent into the same group is easy. The average GDP per capita for African countries is around $3,300, while that of the world is much higher, at about $16,100 (only five African countries are above this number). Nearly all African countries have suffered a civil war or two in the last 100 years–12 countries were still experiencing civil war in 2016.

Does Mozambique fit this profile? With a GDP per capita of $1,128, it is well below average in purchasing power (PPP), even by African standards. It has also suffered from a civil war in the 1960s and 1970s, between the Mozambique Liberation Front (FRELIMO) and the Resistência Naciona, Moçambicana (RENAMO).

However, unlike some other countries like Ethiopia, which have been waging conflicts for decades up to the present day without relief, Mozambique enjoyed a significant time of peace between the years 1992 and 2015, when a peace treaty was signed with the RENAMO leader.

In the time between 1992 and 2015, the country eliminated all the landmines that were left over from the independence and proxy wars of the 20th century, which caused slow development and many amputees. Tourism and trade have increased as well, which resulted in a rise in GDP.

Although these political struggles are significant to the country’s economy, it is the natural disasters, such as drought, flooding and hurricanes that are ravaging the country. Floods affected well over 150,000 people in the years 2000, 2001 and 2008, displacing tens of thousands of individuals. A drought in 2009 caused a poor harvest, leading to 350,000 Mozambicans requiring food aid.

Additionally, Russian bans on Mozambique’s grains exports resulted in a food price crisis in the country, while it only increased food prices by five percent around the world. This crisis is in part due to continued tensions after the Cold War.

Additionally, there is the threat of another civil war between the RENAMO and FRELIMO groups, which caused the GDP to fall in the last two years.

The causes of poverty in Mozambique are numerous and complex. Between internal conflict, proxy wars and the climatic events resulting from global warming, Mozambique has had its share of struggle.