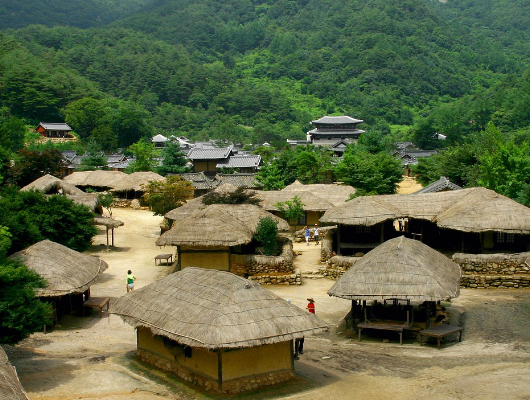 Here in the U.S. when disasters are predicted and do strike, such as natural disasters and droughts, the government prepares and provides aid to people who need it.

Many villages and communities in developing countries do not have backup plans when it comes to shelter, food and money if economical, natural or health shocks should occur. In addition, with the increase of changing climate, villages are in need of training to adapt as the world around them changes.

A non-resilient village experiencing drought would most likely react as follows: less rain means fewer, if any, crops, which in turn makes it difficult to feed livestock such as cows.

Underfed cows will produce less milk and families may be forced to sell livestock and eat less. This causes malnutrition as well as illness to become more common, further weakening the resilience of an already ill-prepared village.

Another shock that a non-resilient village is not prepared for would be the breaking of a water pump. No one in the village knows how to maintain, fix or buy new parts for the pump.

Women and young girls are now forced to walk many miles a day to retrieve water, usually unsanitary, for the village to survive on. The results of this are not only diarrheal diseases which will cause malnutrition, but an increase in the possibility of attacks and rape on the women and girls.

Take the same two scenarios from above and re-imagine them with villages that have received resilience training.

When a drought is occurring in a resilient village, farmers will use their training, specific to their villages, to begin implementing practices to help. These practices could include planting crops in pits so that they receive rainwater run-off or planting trees to protect the soil.

There will be emergency stores of animal food and grain, and mothers understand that breastfeeding during normal and difficult times can help protect their babies against malnutrition.

When a water pump breaks in a resilient village the group placed in charge of its upkeep when it was installed will pull on specific funds saved for this occurrence. This team of villagers will be knowledgeable about the pump.

So, they will be able to find the problems and report and buy the parts needed for the repair. There will be no need to sacrifice women and children’s active roles in society, including a proper education.

These scenarios and others, put forth by Concern Worldwide, show both visually and textually the reality and the difference between a resilient and non-resilient village.

It is important that villages be taught emergency and preventative measures as well as how to adapt to a changing environment and different situations in order to ensure their survival and independence.