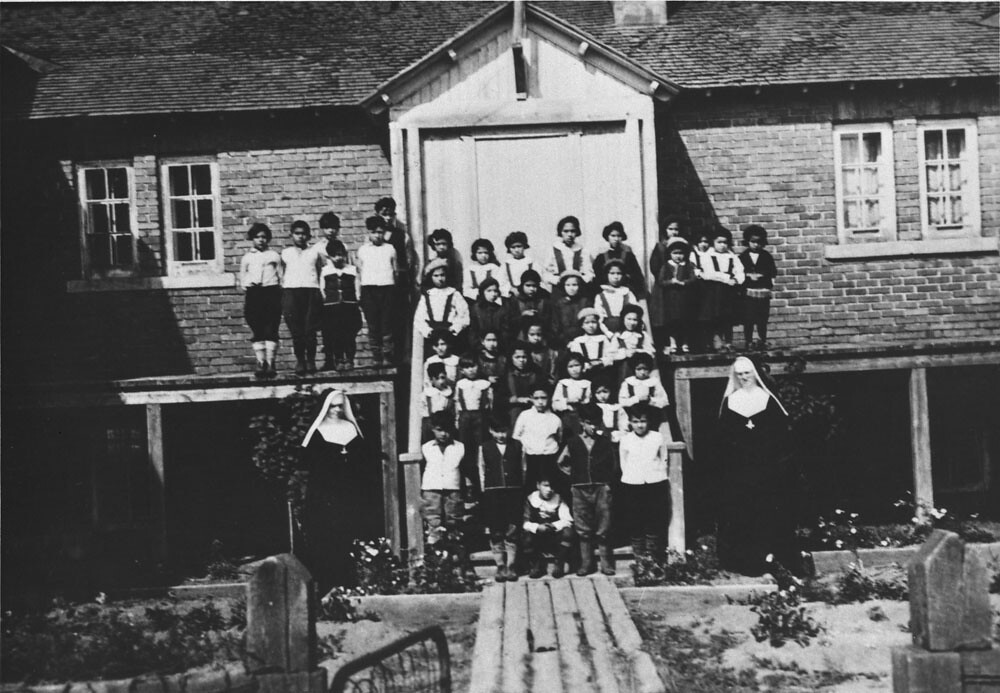 For over 150 years, Indigenous children across Canada were forced out of their homes and into Indian Residential Schools. These schools stripped them of their culture, language, and community to assimilate them to Canadian culture. These schools aimed to “kill the Indian, save the man,” as Richard H. Pratt put it.

Despite the terrible conditions and the rampant abuse in these schools, the government and churches could not erase the culture. They were unable to break the spirit of the Indigenous people they sought to “civilize.” While Indigenous People can still feel the effect of residential schools, their strength leaves room for hope.

The first Indian Residential School in Canada opened in 1831. Christian Missionaries ran early schools to convert Indigenous people to Catholicism. However, in the 1870s, the government stepped in and began to include treaties regarding these schools. In 1894, attendance became compulsory. Children as young as three years old forcibly removed from their homes and sent to the schools.

Over the next 100 years, more than 130 Indian Residential Schools existed in Canada under state sponsorship. Churches ran the vast majority of these schools; Catholic churches operated three-fifths, the Anglican Church operated one-quarter, and the United and Presbyterian Churches operated the rest.

Over 150,000 children attended these schools. At one point, 75% of children between 7 and 15 years old were attending or had attended Indian Residential Schools. These children faced terrible conditions due to underfunding and physical, sexual and psychological abuse.

The effects of the abuse and mistreatment in the schools have a lasting impact on the Indigenous population. Studies have shown that survivors of the schools have poorer mental and physical health. There are higher rates of suicide attempts as well as chronic illnesses such as diabetes among these individuals.

There is also evidence to suggest that historical trauma has led to negative health impacts for subsequent generations. Historical trauma is when historical events are endured by whole communities and negatively affect the individuals who experience them and the whole group in ways that result in problems for future generations. There are three main characteristics of a historical trauma event including that it was widespread among a specific group, an outgroup perpetrated it with an intentionally destructive purpose and it generates a high level of collective distress.

This historical trauma has led to “enduring links between familial Indian Residential School attendance and a range of health and social outcomes among the descendants of those who attended.” These negative outcomes include higher rates of depression, suicidal thoughts, drug and alcohol abuse and food insecurity as well as                                  lower educational outcomes and income levels. All of these outcomes show that the effect of residential schools is still with us today.

As more people become aware of the lasting effect of residential schools, now is the time to face these issues and take action to deal with them. One of the first and most basic steps toward healing is for full acknowledgment of the trauma and effect these schools had from the government and the churches. While the Canadian government has issued apologies, the Catholic Church, which operated most of the schools, has not yet come out with a formal apology. They have also refused to release records from the residential schools, which could provide more accurate information on the effect of residential schools.

Steps have been taken to right this wrong. In 2007, a settlement from The Indian Residential Schools Settlement Agreement, the largest class-action suit in Canadian history, implemented the Truth and Reconciliation Commission. Between 2007 and its conclusion in 2015, over 6,500 witnesses gave their stories to engage and educate the public. The commission also put out a full report on the Indian Residential Schools, which included 94 calls to action.

Beyond acknowledgment, apology and education, other movements are growing in response to the effect of residential schools. One significant movement, the Land Back Movement, pushes the government to return the land that initially belonged to Indigenous people. This transfer of land back to Indigenous people is already happening in some places. The land returned to the Squamish Nation is now being developed into housing in Vancouver on the Senakw project.

Despite the historical trauma and the lasting effect of residential schools, Indigenous people have used their strength to prevent the complete erasure of their culture. While we are still dealing with the negative effects, there is hope for a better future.