Tag Archive for: Republic of Seychelles 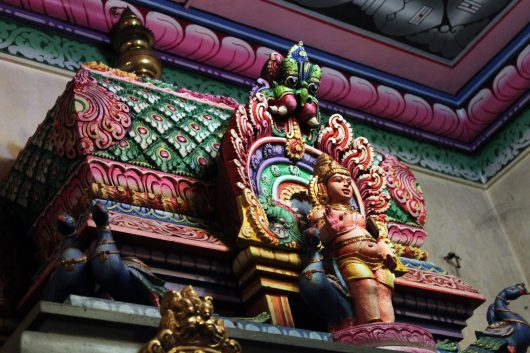 Since gaining its independence from Great Britain in 1976, the Republic of Seychelles has made tremendous strides in its social, political and economic sectors. However, poverty in Seychelles still remains a major concern.

The Republic of Seychelles is an archipelago located in the Indian Ocean off the east coast of Africa. The country consists of a total of 115 islands, with only ten currently inhabited.

Of the country’s 86,000 inhabitants, 39.3 percent of the citizens are estimated to live below the poverty line. Data gathered by both Rural Poverty Portal and CNN report that economic issues have directly resulted in perpetuating poverty in Seychelles.

Seychelles’ economy is described as being rather unpredictable as it heavily relies on two major industries: tourism and fishing. While both industries provided sustainable income in the past, geographical obstacles and recent climate change threaten future sustainability.

The geography of Seychelles makes trade and export particularly difficult since all products must be either shipped or flown to and from the island. Additionally, the distance that Seychelles has from markets in Asia and the Pacific forces the country to pay high insurance and tariff fees for goods imported into the island. This disadvantage resulted in an increase in fuel and food prices, leaving many citizens at an economic disadvantage.

Likewise, geographic location makes it susceptible to piracy, which often results in financial blows to tourism and fishing. For instance, CNN states that piracy damages the fishing industry by forcing the government of Seychelles to restrict fishermen from sailing beyond specific perimeters off the coast. These governmental restrictions have lead to overfishing and competition between local fishermen.

In regards to climate change, the Ambassador for Climate Change and Small Island Developing State Issues of the Republic of Seychelles, Ronald Jumeau, states that “[Climate change] affects the rains. The drought is getting longer. The rainy season is getting shorter. We’re getting the same amount of rain in less time, which creates landslides in the hills, and that sort of thing.”

Additionally, there is hope for those who are suffering from poverty in Seychelles. The country’s government has taken small steps in reducing poverty by tackling climate change and improving economic flaws.

In recent years, government officials in Seychelles have taken major efforts to combat climate change by legally protecting half of the country’s land area from further human development. In addition, Seychelles committed itself to ending piracy through the signing of anti-piracy laws with the EU, as well as tax exchange agreements with The Isle of Man. Both decisions shall benefit Seychelles and improve the country’s economic relations.

Regardless of these improvements, the government still has a plethora of work to do to completely eradicate poverty in Seychelles.

Teamwork is essential to positive change, and this small country could experience a massive decline in poverty if those dedicated to eradicating global poverty and significant figures in the government of Seychelles collaborated with one another to combat economic and environmental issues.