Tag Archive for: Republic of Korea 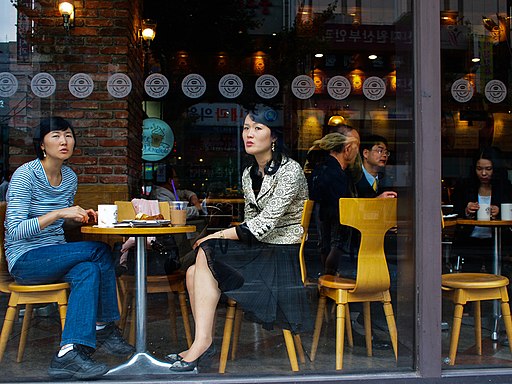 South Korea has been ranking at the top in the gender wage gap for over 30 years since joining the Organization for Economic Co-operation and Development (OECD) in 1997. In 2020, South Korean men earned 31.5% more than women. Although it has made significant achievements in enhancing gender equity, in 1997 the gender wage gap in South Korea was over 40%, the East Asian country is still trying to protect female employees’ rights in the workplace to enhance productivity and narrow the gender wage gap.

Gender Disparities in the Workforce

Not only do men on average earn over 30% more than women, but female workforce participation is also 20% lower than male participation.  From 2009 – 2019 the participation rate inched up only to be decimated during the pandemic. That’s because, despite the fact that South Korea has a higher than average female rate with tertiary education, most South Koren women work in the lower-paying service sectors such as wholesale and retail sales and the food sector —  many of these businesses shut down during COVID-19 lockdowns. Quality child care is difficult to access, and that leads to many South Korean women staying home with their children rather than returning to the workforce.

Even before the pandemic, a birthrate drop has been one social problem plaguing South Korea. In 2020, the average number of children a woman has in her lifetime dropped to .84. This was down from .92 in 2019, but the rate has been declining for years, with 2020 being the third year in a row where the rate was below 1%. Analysts fear that the declining birthrate will have dire economic consequences as South Korea’s population ages.

Due to the declining birthrate, in 2020 South Korea instituted new financial incentives for families to have children. On top of the $91 monthly allowance for all children under seven years, the government now gives an additional cash bonus of $275 a month for the first year for all new babies starting in 2022. Unfortunately, as a 2022 study underlined, the longer a woman takes for maternity leave, the wider the wage gap between her and her male counterparts.  Lower wages, less prestigious jobs and fewer benefits await women when they return from their maternity leave, according to the study.

Though South Korea allows men to take parental leave, the percentage of leave taken was 24.5% in 2020. Recently, the government has initiated new policies to encourage men to take more parental leave, such as paying three months of salary. When both parents take their parental leave during the first year of their child’s birth, they will receive 100% of their monthly income, rather than previously, when only one parent received 100% while the other received 80%.

Combat Effects of the Pandemic

Not only did South Korean women suffer more job losses than men during the pandemic, they felt the brunt of caretaking responsibility for their children and older family members who fell ill.  During the first six months of 2020, 56% of South Korean women said they increased their work related to taking care of their family, and 62% of Koreans taking family leave that year were women.

To address the pandemic’s greater effect on women, the South Korean government introduced unemployment subsidies and expanded childcare leave to 10 days in the early stages of the pandemic. It has also emphasized offering financial support to small and medium enterprises unlikely to manage the economic shocks under the pandemic and providing cash support to households.

Reduce Gender discrimination in the Workplace

In addition to its efforts to combat the effects of the pandemic, in 2021 government enacted new policies to reduce the gender wage gap in South Korea. First, it raised the 2022 minimum wage by roughly 5% from the previous figure. Also, for the first time, employees will be able to petition the Labor Relations Commission for relief in gender discrimination and sexual harassment cases, and the available remedies will include damages.

The Labor Standards Act now also provides pregnant female employees with a right to change their start and end times of daily work while keeping the required working hours. The employer cannot refuse the request unless the changed hours would seriously interfere with the regular operation of the business. Also, private companies with five to 29 employees must now provide holiday pay for public holidays.

Importantly, the government continues to focus on gender mainstreaming.  The Framework Act of Gender Equality which was revised in 2014 focuses on enhancing women’s status in the workplace.  It also enacted a gender-impact analysis and assessment in 2011, and in 2018 alone put in place over 2600 policy changes as a result of that assessment. Finally, gender-responsive budgeting demands that both national and local governments distribute national resources evenly to men and women.

As South Korea’s population continues to shrink, continuing to narrow the gender wage gap in South Korea will be increasingly important for social and economic reasons.  The government measures including parental subsidies, raising the minimum wage and gender mainstreaming should help, but sustained diligence is crucial. As the OECD comments, however: “In order to successfully overcome the current challenges that Korean society currently confronts, employing these very educated but underutilized human resources is not only the right thing to do, but also the smart thing to do.”