Iranian officials are taking steps to restrict access to birth control options in Iran, in hopes of increasing fertility rates and population growth.

Last week, Iranian lawmakers ratified a bill which would ban birth control surgeries and criminalize any act to reduce fertility. According to the bill, every individual who performs a vasectomy or tubectomy or engages in sterilization could face up to five years of imprisonment. This new bill indicates a dramatic shift from progressive population policies previously implemented in Iran.

In the late 1980s, Iran launched a national family planning project, as the country was faced with one of the fastest population growth rates in the world. The baby boom was a result of Iranian authorities’ demand for more soldiers in the 1979 Revolution.

By introducing birth control policies, Iran succeeded in reducing the uncontrolled population growth from its peak of 3.2 percent in the 1980s to a current low of 1.22 percent. The policies have also allowed Iranian women to make significant strides, as women now comprise 60 percent of college students, and socioeconomic trends show that most women choose to develop careers rather than starting families.

However, Iranian officials have recently begun to worry about the low birthrates and the projection of the country’s population in the coming decades. In 2012, Supreme Leader Ayatollah Ali Khamenei issued a 14-point decree that promoted population growth to 150 million or more. He established a goal of increasing the population by 76 million, claiming in his decree that attaining this goal would “strengthen national identity.”

In response, Mahmoud Almadinejad’s conservative government eliminated the population and birth control budgets of the Ministry of Health and Medical Education. The government even legally agreed to pay Iranian families for every new child produced. This is quite a significant turnaround from the “Fewer Kids, Better Life” motto widely promoted in the 1980s.

Furthermore, a new set of policies were established by the Expediency Council to advance Khamenei’s goal. These policy reforms include encouraging youth to marry at a younger age, financially supporting young couples, providing mothers with special resources, ensuring the health and proper nutrition of the people and reducing population pressures.

The objective of these conventions is not only to increase population, but also to balance the country’s challenging demographic profile, which foresees an older population, in the future.

The new population regulations will particularly target Iranian women, threatening the legal rights they have obtained in the past few decades. Female Iranian activists regard the new policy reforms as a method to curtail women’s economic, political and financial roles, and restrain them to their houses.

For women in the rural working class, the elimination of reproductive services, including free contraception and health care, will leave them with more children to support and no education or share of job markets. According to the Statistical Centre of Iran, women only make up 12.4 percent of Iran’s work force and, with these new policies, this figure will only drop.

These recently employed policies, in addition to the pending bill that involves punishments and restrictions, denotes a complete reversal of women’s reproductive rights in Iran. 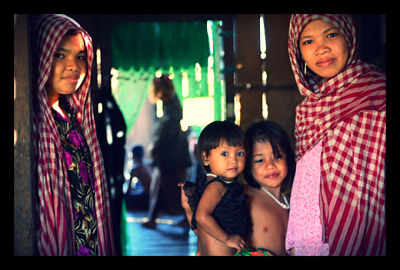 The Global Fund for Women was founded in 1987 by Anne Firth Murray, Frances Kissling, and Laura Lederer, three women frustrated by traditional philanthropy’s lack of interest in funding women-led organizations around the world. They sought to create a new kind of nonprofit – one that would focus on giving women worldwide the resources they need to help themselves, their families, and their communities.

GFW was founded based on the idea that women are “powerful catalysts of change” who are uniquely positioned to impact their families and communities. Studies have shown that investing in women pays off. The UN reports that economies in the developing world grow 3% for every 10% increase in the number of women receiving secondary schooling. Increases in women’s education also make the biggest impact in reducing rates of child malnutrition. Additionally, the UN Population Fund (UNPF) found that women’s empowerment and girls’ education are the most effective strategies for reducing population growth.

GFW provides flexible grants to women-led organizations around the world to help them advance these causes. In addition to being run by women, grantee organizations and groups must use a rights-based approach that contributes to the larger women’s movement, and be connected, networking with stakeholders in their communities to tackle issues faced by marginalized populations.

Since it was founded, GFW has invested more than $110 million dollars to support 4,600 women’s organizations across 175 countries. Since April 30, 2013, it has already doled out $1.1 million in flexible funding to 52 organizations in 17 countries, serving 192,278 million and training 11,544 women and girls as leaders. GFW grantees have gone on to be elected to parliament, overthrow regimes, win the Nobel Peace Prize, and help end wars.

In addition to being highly effective, GFW is also popular with donors and volunteers. It was honored in 2011 as a “top nonprofit” by review site GreatNonprofits, where GFW enjoys a rare 4.8/5 star rating based on opinions and experiences of those who donated time and/or money. Earlier this year, GFW also won the Wheelock College Human Rights Leadership Award for advancing girls’ and women’s rights worldwide.

Those looking to donate to an organization with an excellent reputation and impressive impact record need look no further then the Global Fund for Women. Go to www.globalfundforwomen.org to learn more and donate today to empower women to create lasting social change. 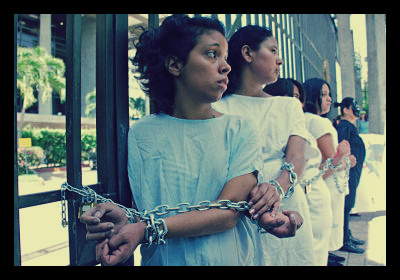 In October of 2012, Xiomara, experiencing excruciating abdominal pain and bleeding, sought medical treatment at a public hospital. Unaware that she was even pregnant, as she’d experienced no weight gain and a pregnancy test had come back negative, doctors told her she’d lost a baby. Four days later, the teenager had been reported by the hospital to the police for suspected abortion and charged with aggravated murder. A year later, she’s been sentenced to ten years in prison by a judge who told her “she should have saved her baby’s life.”

Xiomara’s unfortunate fate is the result of El Salvador’s strict abortion law. The law is so strict, in fact, that since 1998 abortions have been completely banned without any exception, even in cases of rape, fetal deformity, or if the mother’s life is at risk.

Twenty-eight year-old Maria Teresa Rivera’s story parallels Xiomara’s and further illustrates the tragic consequences of such a harsh law. Last year, she too sought medical treatment for bleeding and abdominal pain and was reported to authorities by the hospital after suffering a miscarriage. Teresa was sentenced to 40 years in prison for aggravated murder. A textile worker and her family’s main provider, going to jail meant leaving her eight year-old son in extreme poverty.

A study done by the Citizens’ Group for the Decriminalization of Abortion supports the statement that this law overwhelmingly affects those living in poverty. The study found that, since 2000, more than 200 women have been reported to the police on abortion charges — the vast majority of these women were poor, unmarried and with little education. Comparatively, not a single woman has been reported from the richer private healthcare sector — where abortions are believed to be performed regularly.

More than unfairly imprisoning women and tearing apart families, the law also has devastating consequences for women’s health. Bessy Ramirez of San Salvador enunciates one of the numerous harmful effects of the law: “I would be terrified to go a public hospital as there is no benefit of doubt given to young women, we are presumed guilty and jailed.” For poor women, however, public hospitals represent their only medical treatment option.

In addition to deterring women from seeking medical treatment, the law likely also has a role in boosting the occurrences of suicide. Health Ministry figures from 2011 identify suicide as the most common cause of death for 10-19 year-old girls; half of these girls were pregnant. Further, because it is illegal for women to terminate pregnancies even in cases where the mother’s health is threatened, the inability to treat pregnancy complications is the third most common cause of maternal mortality.

Amnesty International’s El Salvador expert Esther Major calls the abortion law “cruel and discriminatory” saying that “women and girls end up in prison for being unwilling, or simply tragically unable, to carry the pregnancy to term. It makes seeking hospital treatment for complications during pregnancy, including a miscarriage, a dangerous lottery.” Unfortunately, as in innumerable other instances, it’s a lottery women in poverty are most likely to lose. 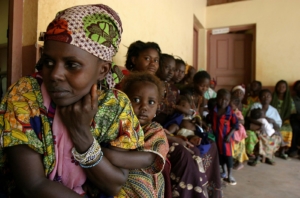