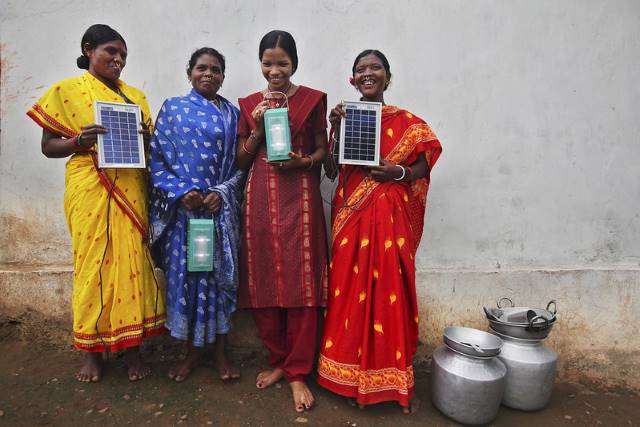 The development of sustainable energy has many benefits for citizens in India. In addition to economic growth, it also creates new job opportunities which can lower poverty rates. In 2017, 10.3 million renewable energy jobs were available globally. Renewable energy in India has the potential to significantly boost the country’s economic standing and lift many out of poverty.

With the implementation of 160 gigawatts (GW) of solar and wind energy, India projects to create more than 330,000 new jobs by 2022. In 2017, the solar and wind energy sectors of renewable energy have already employed 151,000 people. People living in poverty in rural areas will benefit from job creation and increased energy will provide children with more time to work on their education after dark, increased productivity for families and increased health benefits.

Types of Renewable Energy in India

Though large strides have been made in renewable energy in India, further development could bring significant benefits. India plans to quintuple current wind and solar energy capacity and could potentially become the world’s third-largest economy by 2030.

Renewable energy has improved the lives of many citizens living in India, however, more than 600 million people still use firewood for cooking and many have unreliable energy sources. Expanding renewable energy across India will further improve the quality of lives of citizens and bring many out of poverty through the creation of jobs in renewable energy sectors and increased opportunities for education and training in the sector.