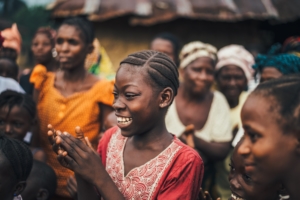 Technological innovation has always been an important determinant of economic growth. Now, renewable energy in Ghana is paving the way for a better nation. On May 25, 2022, the government of Ghana signed a grant agreement with the African Development Fund, as well as a financing agreement with the Swiss government, for the Ghana Mini-Grid and Solar Photovoltaic Net Metering project.

The Impact of the Agreement

In order to bring about renewable energy in Ghana, Ghana adopted the United Nations Sustainable Development Goals (SDGs) and strives to fulfill Sustainable Development Goal 7, which ensures that the population has access to energy-related services that are modern, affordable, reliable and sustainable. In the recent decade, Ghana has seen a growth in energy demand that has surpassed that of supply. According to an article from Sage Journals, despite the fact that Ghana has adopted the U.N. SDGs, the country’s primary energy sources are still nonrenewable.

In order to help the remaining 14.1%, the nation is considering the role of renewable energy in meeting energy needs by replacing traditional fuels with clean and reliable energy sources. This push for renewable energy is geared toward enhancing economic growth. The project will help schools, health facilities and communities throughout Ghana as electricity will be readily accessible to people within the population.

The relevant parties will implement this project within three years beginning in May 2022 and ending in December 2025. The agreement calls for the construction of “35 mini-grids in the Volta Lake region and the deployment of 12,000 units of roof-mounted net-metered solar PV systems.”

These solar cells will convert sunlight into electricity directly. “The systems will power 750 small medium-sized enterprises, 400 schools, 200 health centers, and the energy service systems in 100 communities in the Volta Lake region and Northern region of Ghana.”

Overall, the project aims to “bring sustainable and affordable electricity to [more than] 6,000 small and medium-sized enterprises and almost 5,000 households, besides 1,100 public buildings.”

It is clear to see that technology continues to influence Ghana to plan a more sustainable future that benefits the population. The authorities remain firm in their commitment to transition to renewable energy in Ghana. One of the country’s goals is to have 10% of renewable energy in the mix of electricity generation by 2025. According to an article from The Finder, the 12,000 units of roof-mounted net-metered solar PV will lead to the reduction of the public sector’s power debt and lower the costs of electricity for households and smaller businesses.

According to an article on Hindawi, Ghana has an undeniable potential to considerably increase local energy production and enhance the efficiency of energy distribution networks. Renewable energy in Ghana will provide energy access to the poor, which will improve their quality of life. 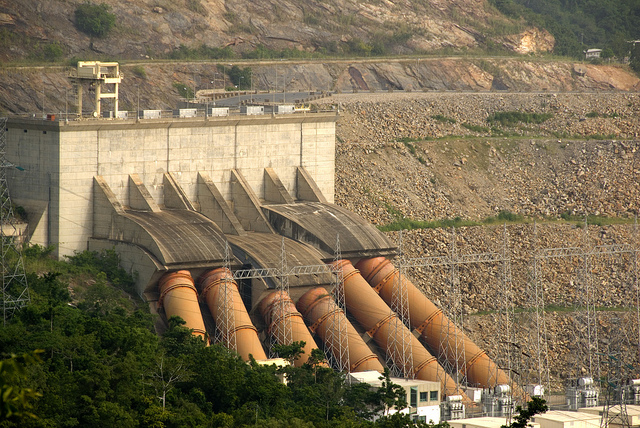 As technological advances increase and non-renewable sources depreciate, more countries have started investing in less conventional forms of renewable energy — including the extraction of wave energy. This is the case for an Israeli-based company, Yam Pro Energy (YPE), that works to increase the amount of renewable energy in Ghana.

There is a large range of wave energy technologies that each rely on different mechanisms to harness energy; three of the methods are as follows:

Oscillating Water Columns use a horizontal front-to-back motion that extracts energy using a roll rotation, while the Oscillating Bodies use a side-to-side motion to extract wave energy using a pitch rotation. The last technology is overtopping, the mechanism used by YPE, that uses a vertical up-and-down motion to harness the energy.

The main advantages of these systems are its simplicity, reliability and power, which make each option a promising investment. While Europe is still the main lead market for wave technology, other countries have followed the trend; for instance, Ghana works with Yam Pro Energy to bring hydropower plants to its shorelines.

Yam Pro Energy is a long-time supporter of wave energy and works to provide millions of people with clean, efficient energy and eliminate global dependency on fossil fuels. YPE accomplishes such actions with the erection of their wave-energy-harnessing plants, also known as Sea Wave power plants.

YPE recently created a prototype that harnesses the energy from crashing waves and uses it to produce renewable energy that does not harm the ecosystem; the plant is set to be built on the coastline of Ghana’s capital city, Accra.

This prototype is more efficient than other devices, such as buoys that can easily be destroyed and can sink in rough seas, and are easily accessible. This means that maintenance issues can easily be addressed without sending out scuba divers or boats. These machines do not emit pollution or harm wildlife, and can easily withstand the harsh environment of the sea, making them a valuable investment.

Zeev Peretz, Yam Pro Energy’s CEO, says that wave technology, specifically when using YPE’s Sea Wave plants, is more efficient as it creates up to 65 percent of energy per year compared to other sources that create between 22 and 24 percent.

According to The Solutions Project and Standford University, the top sources of renewable energy in Ghana are as follows:

Of note, Mark Jacobson from The Solutions Project explained that wave technology is the least utilized source of renewable energy in Ghana. By 2050, it is projected that hydropower will contribute to almost 15 percent of Ghana’s renewable energy, as water energy is meant to complement other renewable energy sources rather than be a source of its own.

With its optimistic future of endless possibilities and success, it is only a matter of time before hydropower acts as a major pillar of renewable energy for Ghana.