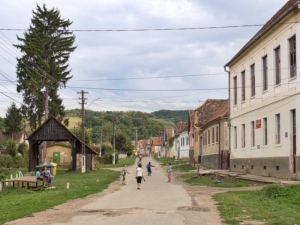 Romania, one of the least urbanized countries in the European Union, is home to eight UNESCO world heritage sites. Yet of the 27 EU member countries, Romania has the sixth-largest population with only the 15th-largest gross domestic product. Poverty, hunger and instability are key issues in Romania where 25% of the population lives on $5.50 per day. Here are 10 facts about hunger in Romania.

10 Facts About Hunger in Romania

The situation in Romania has improved in recent years. However, many people remain vulnerable to poverty and hunger in Romania. Through continued legislation and anti-poverty initiatives, Romania is working to reduce the number of vulnerable people within its borders and increase stability in the lives of people across the country. – Zoe Engels Photo: Flickr