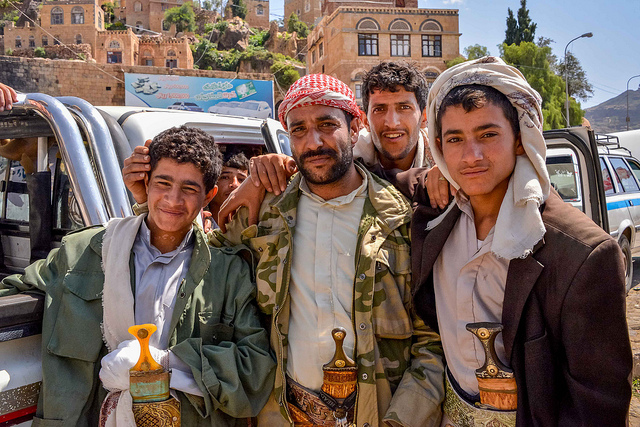 Instability continues to plague Yemen, exposing almost 20 million people to food insecurity and more than one million to cholera. The damage is evident in Yemen’s weak healthcare system, which leaves millions of people vulnerable. Medecins Sans Frontieres (MSF), or Doctors Without Borders, is an organization that provides healthcare for people affected by conflict and poverty. Though warfare complicates operations on the ground, MSF in Yemen is not giving up.

The Challenges of Aid in Yemen

In 2018, an airstrike destroyed a newly built cholera treatment center. Fortunately, there were no patients or workers present at the time, but the vital project had to be put on pause until repairs and reconstruction could begin. Events like this threaten the effectiveness of MSF in Yemen and risk the lives of the 16 million people who lack basic healthcare.

MSF also runs 12 healthcare centers of its own in addition to the 20 hospitals the organization supports. Its operations have treated more than 1.6 million people suffering from injuries, disease and chronic illnesses. MSF’s activities in Yemen take place in a constantly changing and dangerous environment. Since 2015, constant fighting between various militant groups has damaged countless Yemeni health facilities, leaving only half fully functioning. Many hospitals and health facilities in the areas have closed down because of safety concerns or because they cannot pay workers.

The facility that was destroyed was one of many new treatment centers responding to the cholera outbreak. Cholera is a serious issue in Yemen and has killed 2,184 people since April 2017. Because of the violence, almost 16 million Yemenis have suffered from reduced access to clean water and sanitation, which increases their vulnerability to cholera. MSF quickly reacted to the outbreak by opening 37 treatment centers and oral rehydration points. In just six months after the breakout, MSF admitted more than 100,000 cholera patients. While the threat of cholera has decreased since 2017, treatment centers remain a vital safe haven for those afflicted.

MSF responded to another issue caused by the lack of healthcare facilities: pregnancy. In 2017, MSF in Yemen helped 7,900 women deliver their babies. Pregnant mothers are especially vulnerable because they lack access to clinics. Even when there is a health facility nearby, traveling may be too dangerous or time-consuming. Consequently, mothers give birth at home, which exposes them to health risks.  Many pregnant women also don’t have access to prenatal care and can have preventable but fatal complications.

MSF in Yemen dealt with the re-emergence of diphtheria in 2017. The organization acted quickly by opening up a treatment center in Ibb where 70 percent of cases were concentrated. MSF treated around 400 patients that year alone. As successful as that operation was, others remain an issue, like renal failure. Multiple renal failure treatment centers have been forced to close due to the conflict. Many facilities are under-equipped and some 4,000 patients are still left untreated.

Treatment centers are often too far, or treatment itself is too expensive. Patients require three dialysis sessions a week, so many will reduce the number of treatments to lower the cost. Unfortunately, this can be dangerous and ineffective in treating renal failure. MSF responded to the crisis and has helped more than 800 patients by offering 83,000 dialysis treatments and importing 800 tons of supplies.

More than 20 million Yemenis are in need of humanitarian assistance, facing hunger, disease and displacement. MSF continues to provide aid through one of its largest programs in the world. Since 1986, MSF in Yemen has been compensating for the lack of effective healthcare, even amid the conflict.