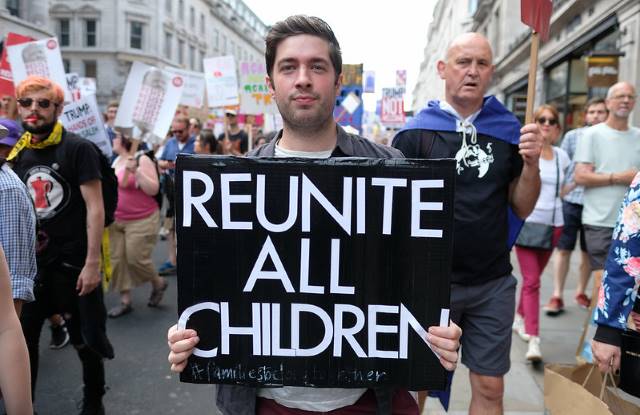 In recent years, Mexico has become an increasingly significant place of asylum. More than 70,000 refugees have submitted asylum applications in 2019, and despite an initial drop in applications in 2020 due to the pandemic, COVID-19 claims for asylum in December 2020 hit a record high. The well-being of child refugees in Mexico is of particular concern.

People are arriving in Mexico from El Salvador, Guatemala, Honduras, Nicaragua and Venezuela in search of safety, local integration, Mexican residency and a pathway to U.S. citizenship. In 2020, one in five refugees were children. With such alarming demographics, it has been essential for Mexico to address its overwhelming influx of asylum-seekers and find solutions to protect those vulnerable, especially children.

COVID-19 has heightened poverty among child migrants. Child refugees in Mexico are escaping forced recruitment, gang violence and crime that is a daily reality in their Central American countries. This has resulted in displacement, food scarcity and poverty. Since the COVID-19 pandemic, levels of insecurity amongst these children have only increased, with about 5,000 children (60% unaccompanied) returning to El Salvador, Guatemala, Honduras and Mexico.

COVID-19 has devastated children and families as extended lockdowns, school closures, stalled essential economic activities, neglected migrant reparations and rising violence has escalated vulnerability. Children seeking asylum are most affected by the virus due to the lack of access to safe water, sanitation and other essential services. Restricted access to international protection and regular migration pathways are other obstacles they are facing as they search for safety.

UNICEF has responded with efforts guided by the Core Commitments for Children in Humanitarian Action that focus on providing 2.3 million children and their families, including children affected by human mobility,  protection from the exposure of COVID-19.

Since the Trump administration’s 2019 Remain-in-Mexico program, 70,000 non-Mexican refugees have been waiting in asylum camps for their U.S. court hearings in northern Mexico. Within this group, 700 children have crossed the U.S. border alone as their parents wanted them to escape the terrible camp conditions and show themselves to U.S. border officials since unaccompanied minors cannot be returned to Mexico under U.S. policy and law.

CBS News reported that the Office of Refugee Resettlement has been able to house all children who had left their parents in Mexico and 643 of them have been released to family members in the U.S. Although this is good news, the Justice Action Center has filed a lawsuit against the Trump administration for its plan to deport children with circumstances like these, threatening their safety if they go back to their home country. The NGO, Human Rights First, has complied more than 1,300 reports of murder, rape, kidnapping, torture and assault against migrants returned by the U.S.

As of November 2020, Mexico has approved reforms that apply to children in all migration contexts, accompanied or not. The reform will put an end to immigration detention centers for boys and girls and instead will be referred to alternative accommodation. It will also allow international protection and eligibility for temporary humanitarian visas to prevent deportation or return until the migrant child’s best interest can be resolved.

For a country that has been overwhelmed by the influx of migrants desperately seeking asylum, Mexico has responded with compassion and an assertion to reform its immigration policy. This combined with other humanitarian efforts will provide monumental aid and help eradicate the suffering of child refugees in Mexico.