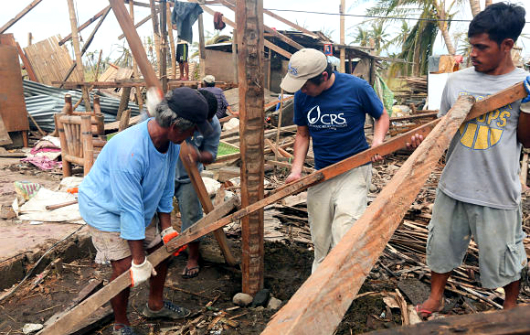 Faith-based organizations make up about 20% of agencies working to combat HIV/AIDS in Africa and are responsible for over 40% of healthcare in some developing countries. However, faith-based care is not discussed in the world of global health academia, because it is not coming from a strictly scientific angle. But in many ways, the compassion involved in these organizations allows them to work all the more effectively.

For example, the U.S. charity Catholic Relief Services has over launched 164 sustainable agricultural projects in 34 countries, built over 700 water sources serving 2.1 million people and has provided treatment to 700,000 HIV patients worldwide. They also strive for accountability and efficiency, priding themselves on their Guidestar status, their transparency and their Pledge to Donors.

The American Jewish World Service raises over $50 million a year. They sent emergency aid to organizations that educated over 30,000 households on how to prevent becoming infected with the Ebola virus.

Tearfund, a Christian organization, has helped over 17 million people through community development projects and has helped to change over 175 policies that kept poor communities from receiving justice.

A recently published report called “Keeping the Faith” showed that religious leaders were able to reach many places that NGOs and governments could not reach during the Ebola epidemic because they were a trusted source of information. For example, many communities attached to the traditional burial practice were only willing to switch to the practice of cremation (to stop the spread of the disease) once faith leaders began to participate in this safer alternative. A UN staff member called their involvement “a real game-changer.”

Science and religion will always diverge on certain points. But they can absolutely work side by side. And despite the tendency for religion to be viewed as less practical and more archaic, there are areas in which religious principles can be applied quite practically.

For example, the concept of subsidiarity is the idea that help should be provided at the lowest level possible because situations can be handled more effectively by those who are closest to the problem.

Even with different ideologies, religious and secular organizations can work together towards the same noble goals (such as ending severe poverty and promoting sustainability). The truth of it is, they work best when taken together. Statistics, cures and data are important in a different way from how genuine kindness and heartfelt aid are. Both can transform the outlook and life of a person in poverty.

At a conference held in July which discussed building partnerships between policymakers and religious groups, Marin Mauthe-Kaeter, head member of the German Federal Ministry for Economic Cooperation and Development, said, “This has given us a chance to think differently about development– not just about financial and technical issues, but about values.”